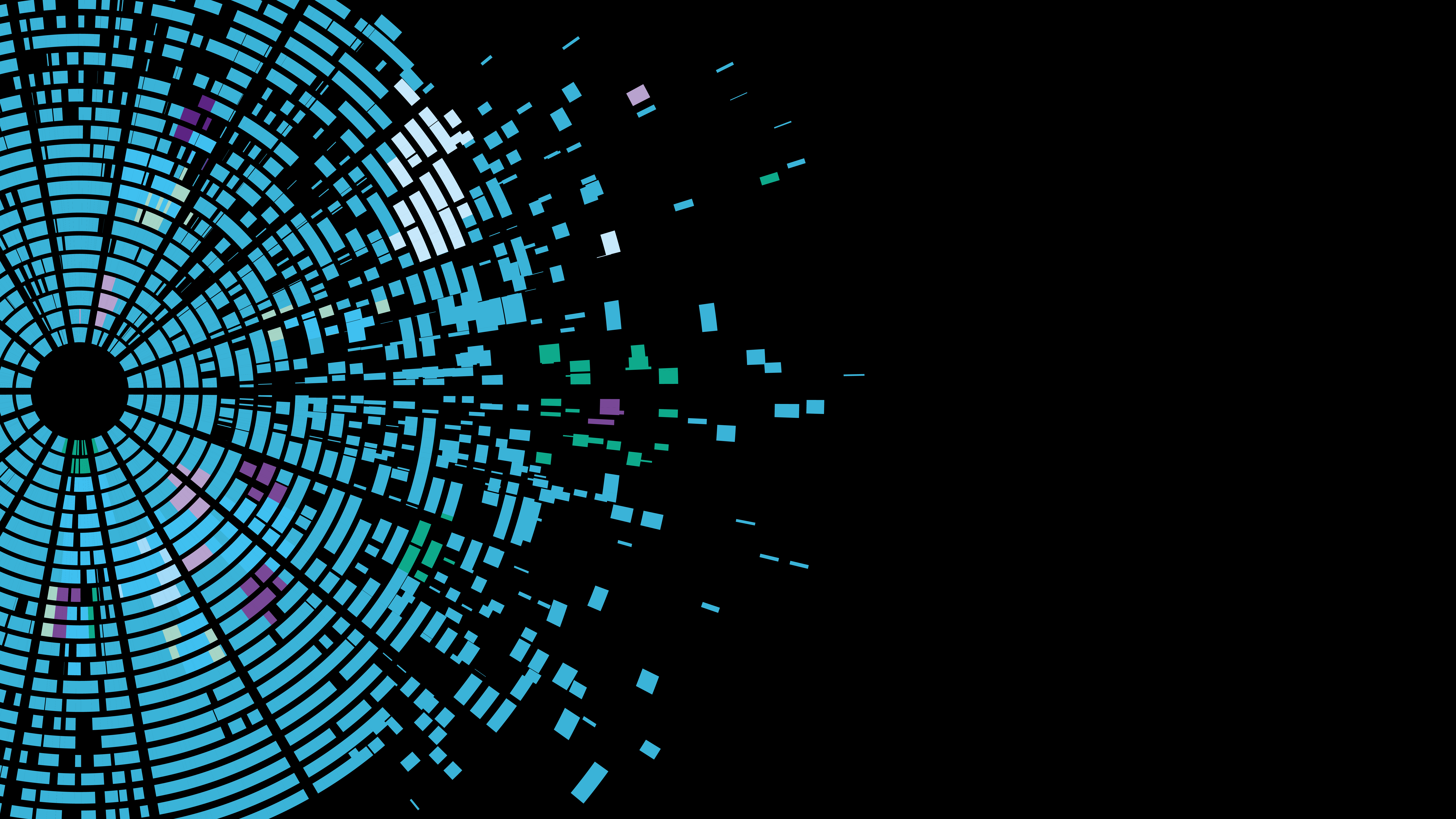 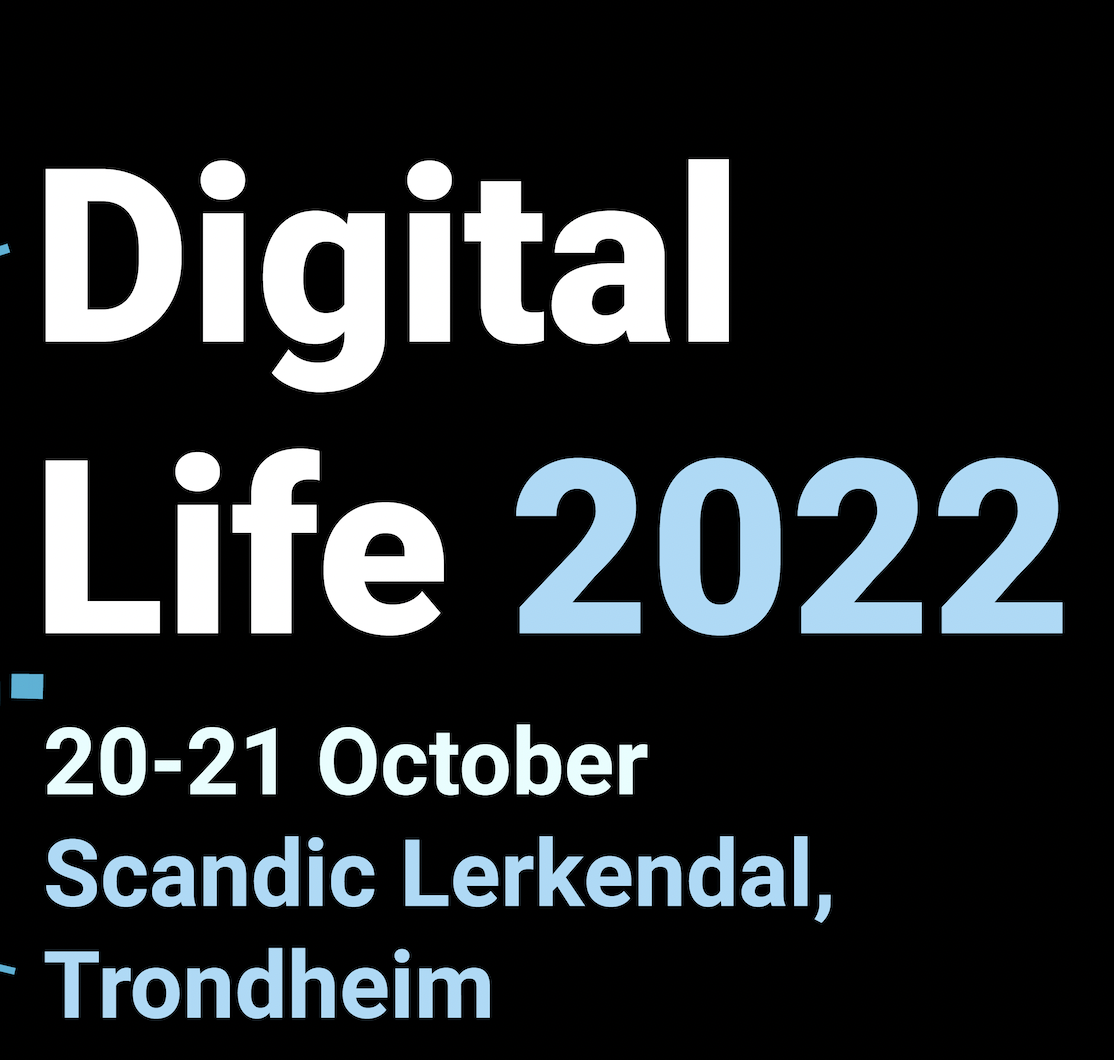 Join us for the annual conference for the Centre for Digital Life Norway – Digital Life Conference 2022 - in Trondheim 20-21. October 2022!

This year's theme is:

"How to work transdisciplinary in biotechnology?"

VOTE FOR YOUR FAVOURITE POSTER

See recording from of the plenary event here 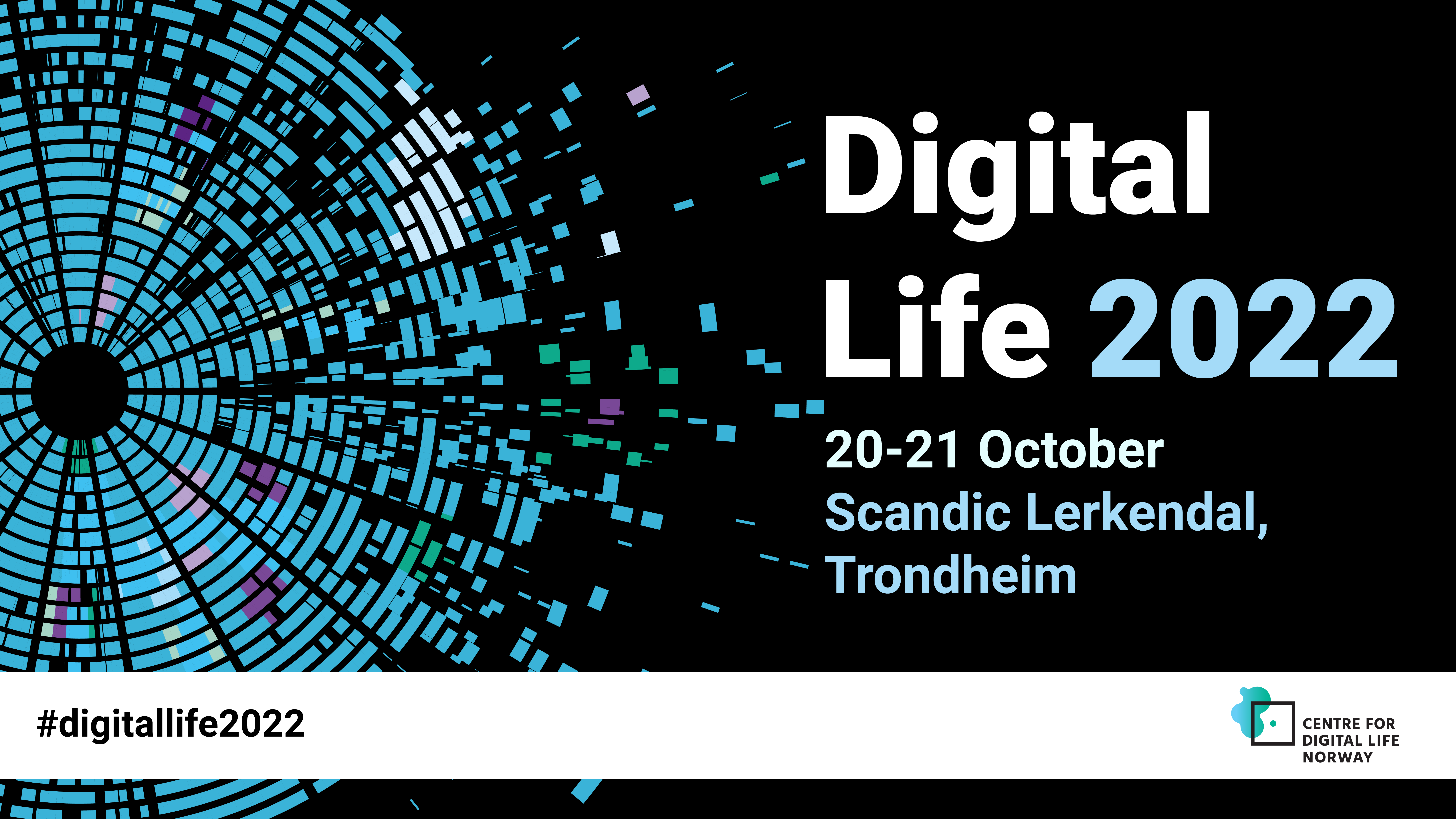 20-21 OCTOBER – FOR MEMBERS AND FRIENDS OF DIGITAL LIFE NORWAY

(scroll down for more information about the speakers, moderators and other contributors)

Public Engagement is key to the practice of Responsible Research and Innovation (RRI), and transdisciplinarity. In this workshop, Lise Bitsch, from the Danish Board of Technology will test out approaches to Public Engagement with the workshop participants. She will introduce participants to existing resources that can assist researchers in their choice of public engagement methods, and she will engage participants in discussions about potential public engagement activities to be included in their own research projects.

Are you considering working at EMBL or one of its outstations as PhD student, post.doc., or group leader? In this workshop, three EMBL alumni will give advice on what to expect when seeking work at EMBL.

Are there other opportunities for exploiting resources offered by EMBL?  EMBL has a number of state-of-the-art facilities and resources for molecular biological research, including advanced microscopy, structural biology, genomics, and bioinformatics. If any of these are of interest for you, this workshop will give you advice on what services are available and how to access them.

At the conference, we encourage and facilitate for cross-project meetings between projects in the DLN portfolio. Maybe the meeting can lead into an application for the next cross-project activity call? Please reach out to marta.eide@uib.no if you are interested. We can also help with suggestions for projects with similar interests.

The poster session at Digital Life 2022 conference is back by popular demand! Young researchers (PhDs and postdocs) are invited to present a poster sharing their research (completed results or planned work). Presenters submit a poster abstract in PDF format through the registration page. Presenters are responsible for printing and mounting the poster at the conference.

Presenters will mount their poster at the venue (same room as plenary event) starting on Thursday 20th at 12:00. Poster presenters are expected to stand at their poster during the poster session Friday October 21st from 11:00-12:00.

In order to make the poster fit on the board, we recommend that the poster does not exceed the following measurements: W 120 cm x H 180 cm.

See all the abstracts here

This year Digital Life Norway offers a Voters' Choice Poster Award. Attendees will vote digitally and the winner will be announced at the closing session of the conference. The winner will receive 5000 NOK to use towards their research! 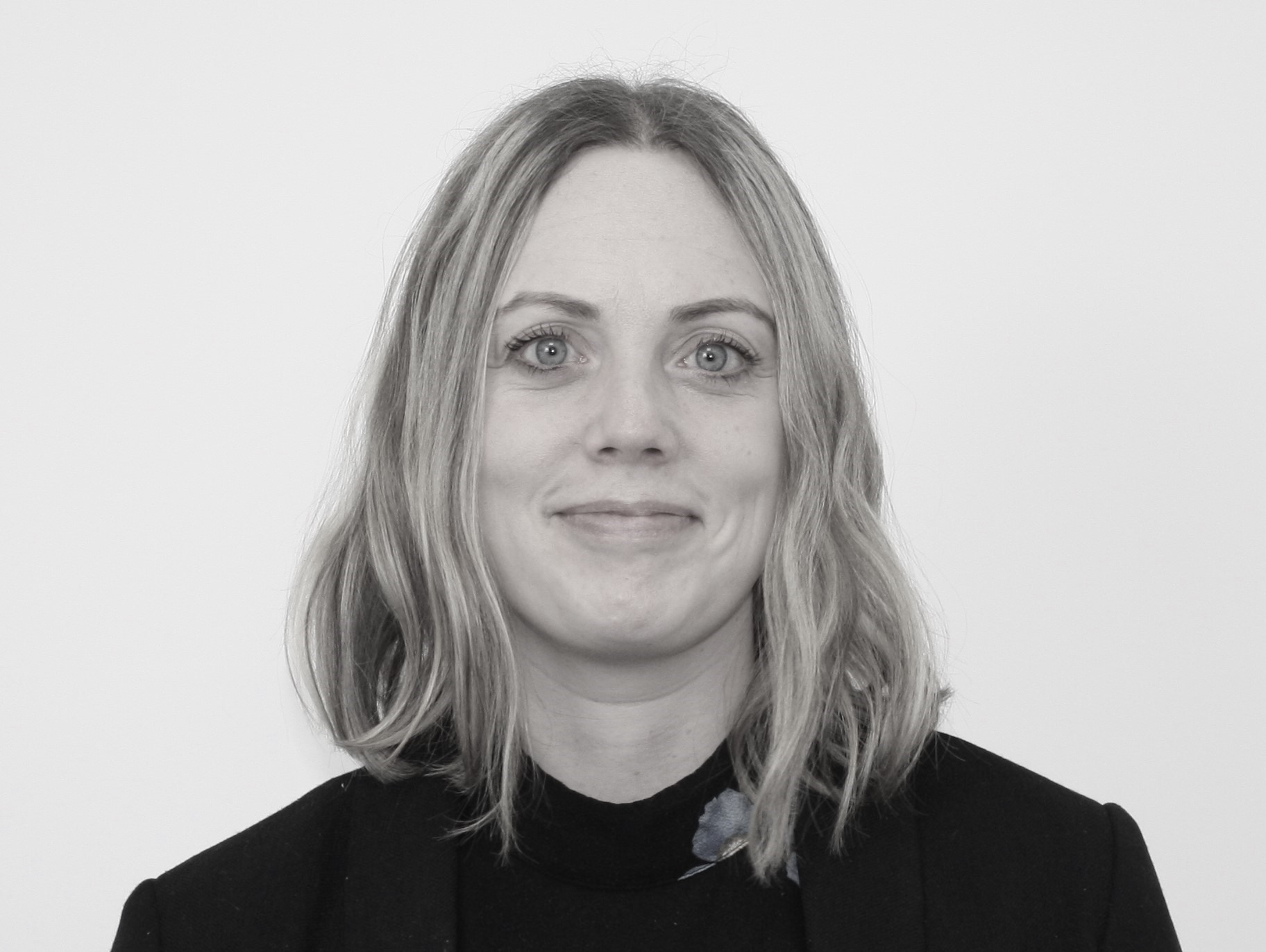 Lise BITSCH, female, Ph.D., Senior Project Manager at the Danish Board of Technology Foundation. She is the work-package lead on Responsible Research and Innovation (RRI) the EU flagship Human Brain Project (HBP), and she was the coordinator of the EU co-creation project GoNano (Governing Nanotechnologies through societal engagement). She is also member of the Stakeholder Board for the EU project EnvironMENTAL. She specialises in citizen and expert engagement on science and technology, and she has a PhD in Science and Technology Studies (STS) from Twente University, The Netherlands.

Lise Bitsch delivered the 2022 Volterra lecture featured Lise Bitsch, which Digital Life Norway is resuming in a new form post-pandemic. The Volterra lecture series honors Vito Volterra, one of the first mathematical biologists. Volterra became professor of rational mathematics at the University of Pisa in the late 1800s, where he developed his theory of functionals, leading to contributions within integral and integro-differential equations. The Volterra lecture series has been hosted by the Centre for Digital Life Norway since 2016 and is a unique opportunity to highlight the evolving nature of digital biotechnology, including its RRI aspects. 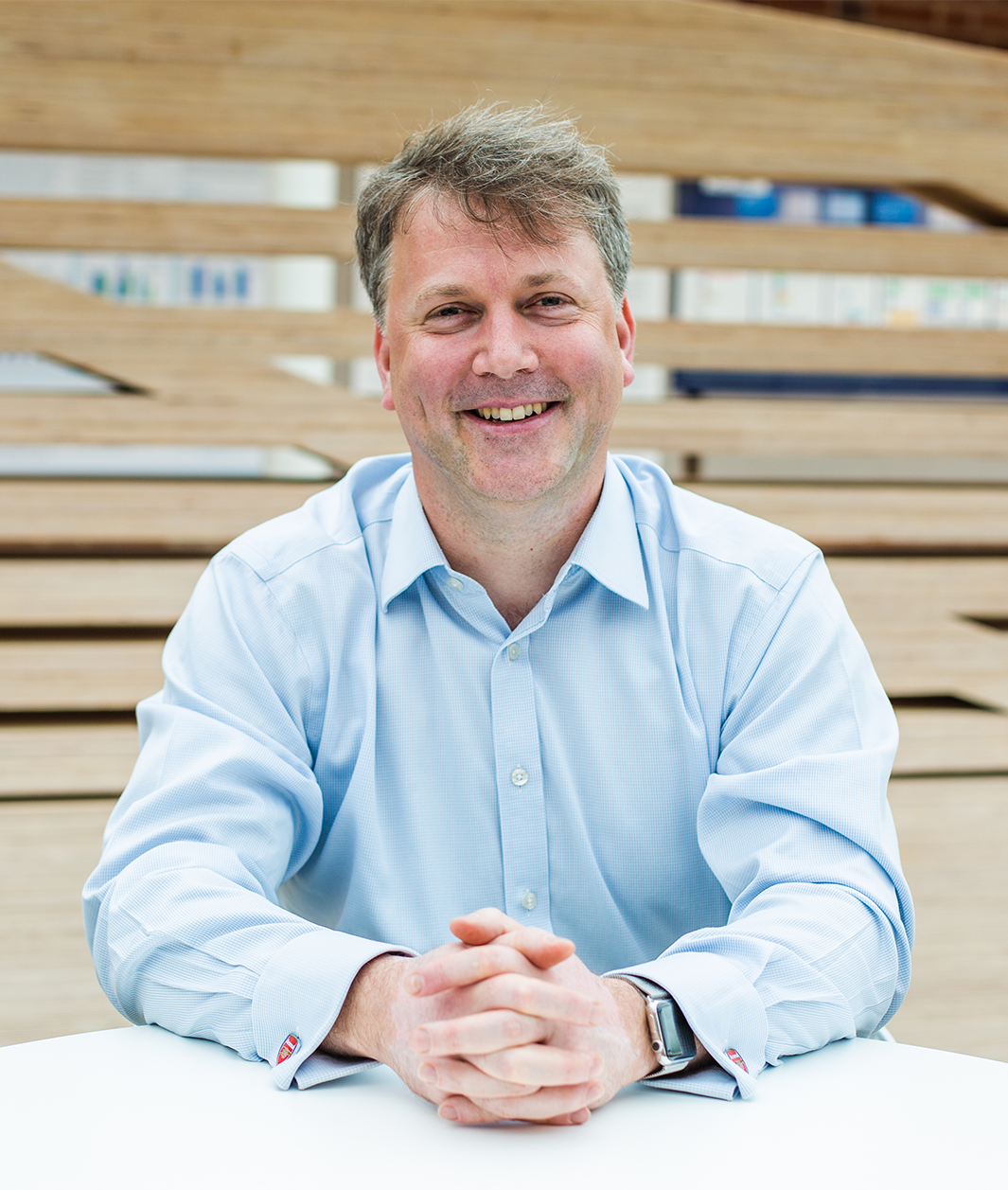 Ewan completed his PhD at the Wellcome Sanger Institute with Richard Durbin. In 2000, he became Head of Nucleotide data at EMBL-EBI and in 2012 he took on the role of Associate Director at the institute. He became Director of EMBL-EBI in 2015. Ewan led the analysis of the Human Genome gene set, mouse and chicken genomes and the ENCODE project, focusing on non-coding elements of the human genome. Ewan’s main areas of research include functional genomics, DNA algorithms, statistical methods to analyse genomic information (in particular information associated with individual differences in humans and Medaka fish) and use of images for chromatin structure.

Ewan is a non-executive Director of Genomics England, and a consultant and advisor to a number of companies, including Oxford Nanopore Technologies and Dovetail Genomics. Ewan was elected an EMBO member in 2012, a Fellow of the Royal Society in 2014 and a Fellow of the Academy of Medical Sciences in 2015.

He has received a number of awards including the 2003 Francis Crick Award from the Royal Society, the 2005 Overton Prize from the International Society for Computational Biology and the 2005 Benjamin Franklin Award for contributions in Open Source Bioinformatics. On December 29, Ewan Birney was made a Commander of the British Empire (CBE) as part of the Queen’s New Year’s Honours List for 2019. Ewan received the honour in recognition of his services to computational genomics and leadership across the life sciences. 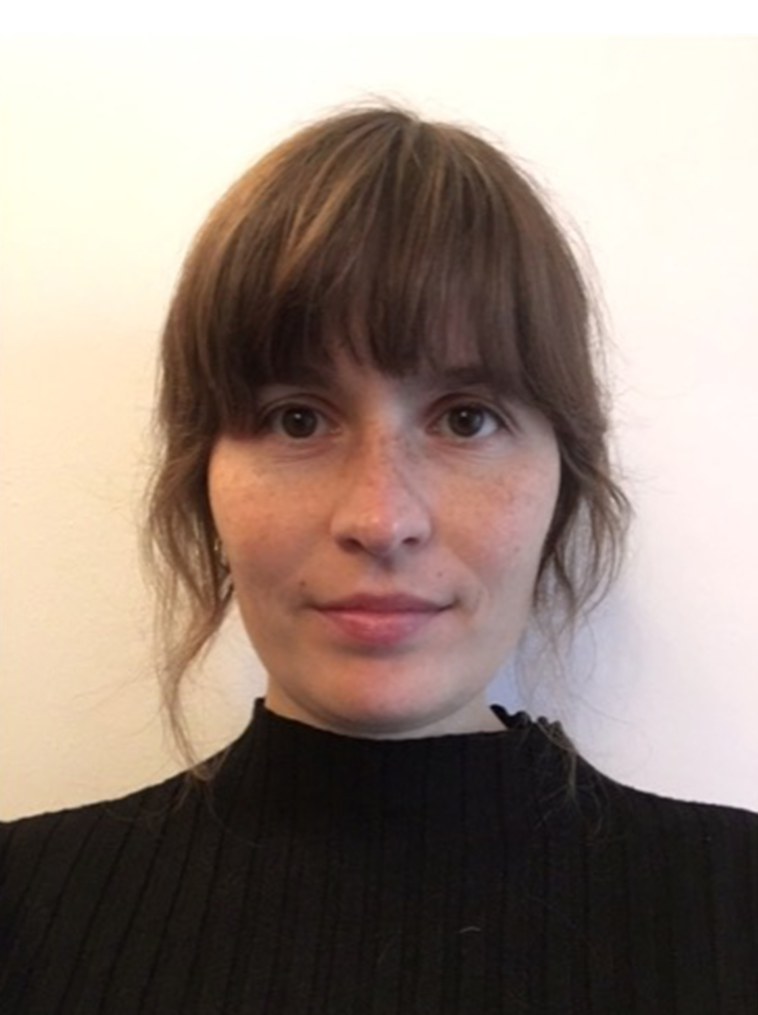 Carina Vibe did her masters thesis in Molecular Bioscience at the University of Oslo in the lab of Gareth Griffiths. In 2015, she started her PhD in Developmental Biology at the EMBL in Heidelberg, in the lab of Alexander Aulehla, working on the temperature robustness of the vertebrate segmentation clock. Since December 2021 she has been working as a joint postdoc between the Center for Genomic Regulation and EMBL in Barcelona, in the labs of Vivek Malhotra, Verena Ruprecht and Vikas Trivedi, where she is currently working on the role of ECM secretion in early development of the zebrafish. 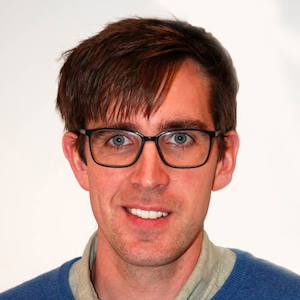 Øyvind Ødegård Fougner did his bachelor's and master's degree in molecular biology at the University of Bergen under the supervision of Rein Aasland and Øyvind Halskau. He did his PhD at the European molecular biology laboratory (EMBL) in Heidelberg where he worked with Jan Ellenberg to make a labelling strategy that can study the 3D folding of the human genome using super resolution microscopy techniques. Currently he works with Harald Stenmark and Kay Oliver Schink at the Radium Hospital to develop labelling strategies to study complex molecular processes where many proteins are involved. By labelling 20 or more proteins in the same cell these processes can be better understood compared to when 2-3 proteins are labelled with standard imaging techniques. To achieve this he uses automated microscopy, pipetting robots, image analysis and advanced labelling strategies. 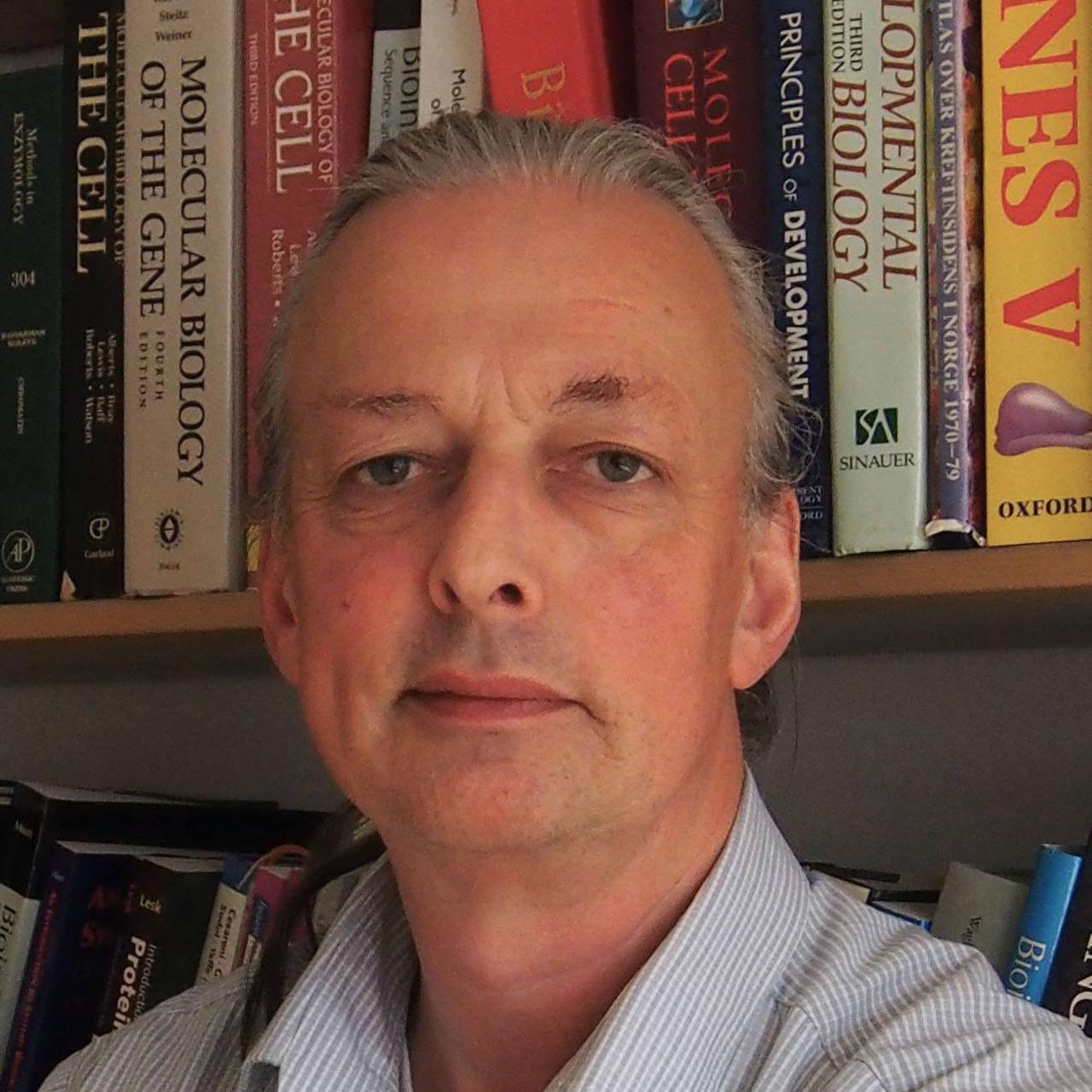 Since 2014, Aasland has served as delegate for Norway to the ELIXIR board, - ELIXIR being the EU/ESFRI pan-European infrastructure for bioinformatics. His current research interest is on  long-distance interactions in chromatin and chromosome organisation and their impact on gene regulation. 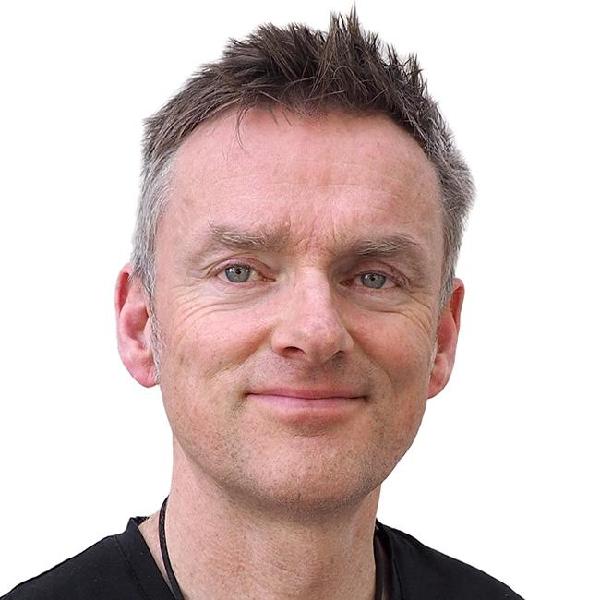 Trygve Brautaset is a Professor in synthetic biology and his research focus is within microbial molecular biology. Brautaset is project leader on three ongoing ERA projects, and is also leader for Centre for Digital Life Norway. He is a member of the Norwegian Biotechnology advisory board and he is board member for the biotech company Vectron Biosolutions. 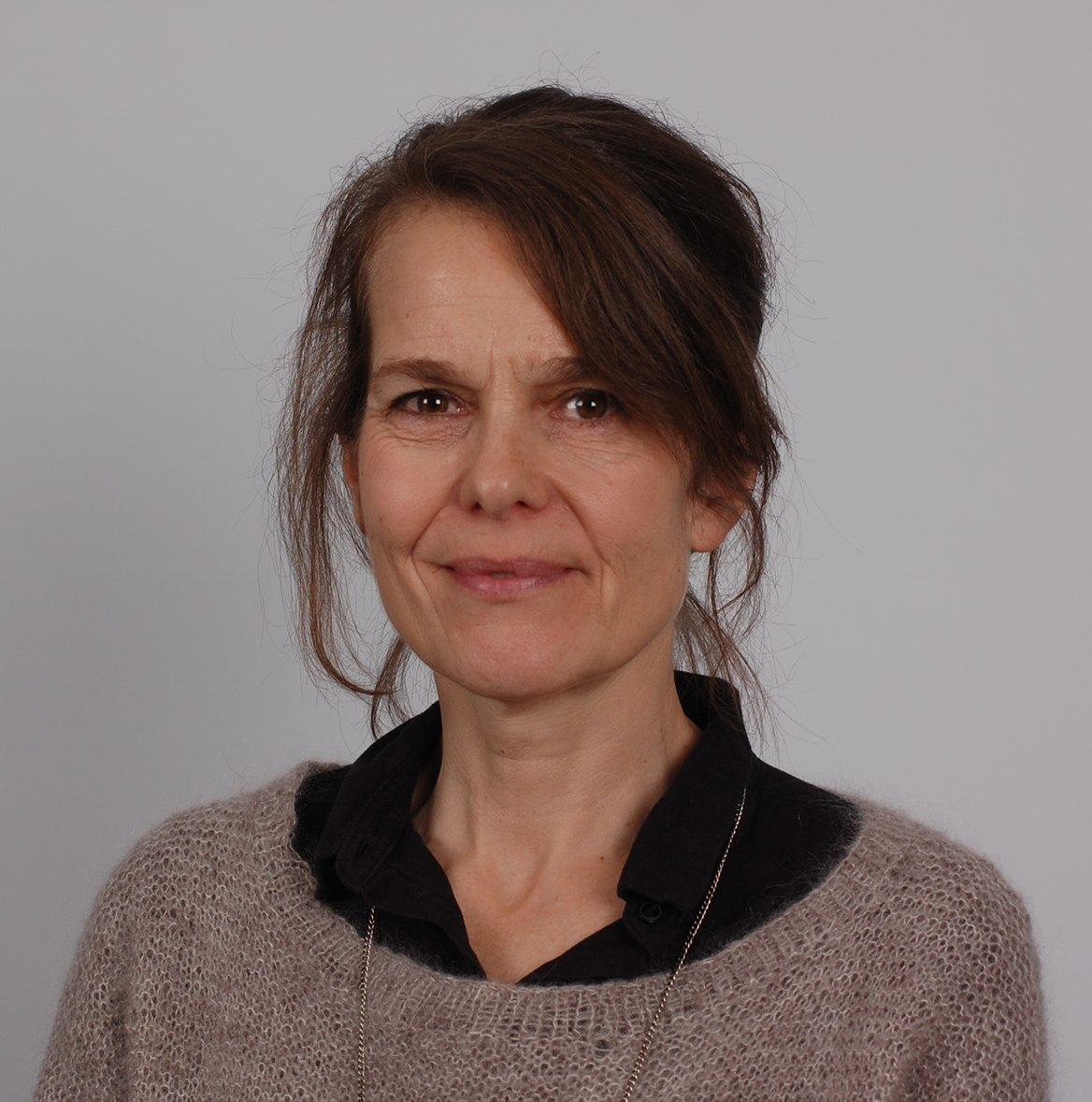 Line Mariann Grønning-Wang has a PhD in medical biochemistry from the University of Oslo (2001). Until 2016, she conducted basic research related to cell signalling and post-translational modifications of proteins. Line now works as a special adviser at the Research Council of Norway with responsibility for coordinating the council's investments in life sciences. Grønning-Wang is also Norwegian delegate to the EMBL Council. 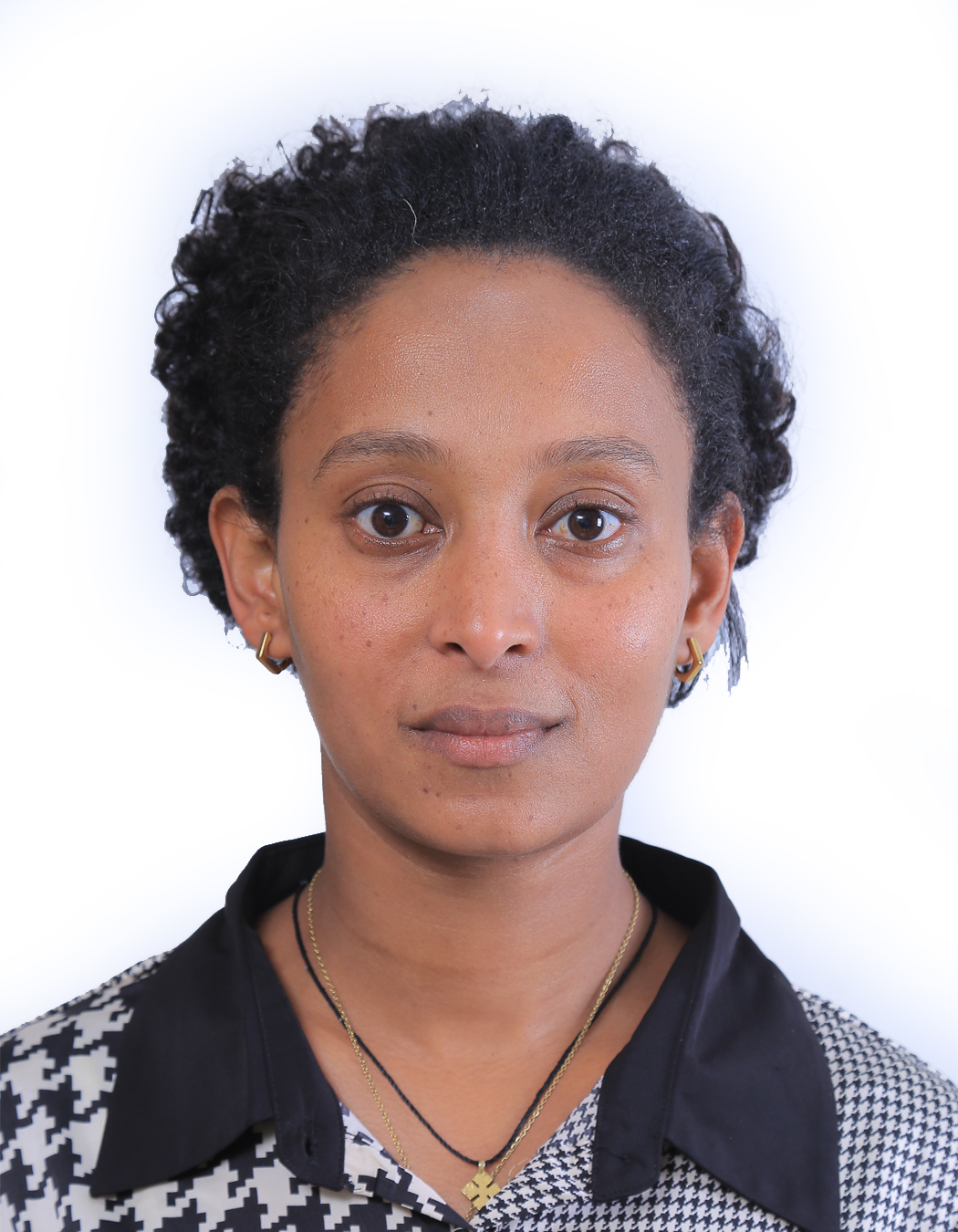 Yordanos Ali received her MSc degree in Biotechnology from Addis Ababa University, Ethiopia. She currently works as Associate Researcher II at the Bio and Emerging Technology Institute (BETin, formerly EBTi) in Addis Ababa, and is a team leader for enzyme technology focusing on industrial enzyme production. Her current research interests include production of enzymes from extremophile microorganisms for industrial applications, mainly for production of indigenous yeast strains for production of ethanol from sugar industry byproduct molasses for energy consumption. Her research also includes production of enzyme cocktails for enhancing poultry and animal feed to enhance quality and minimize cost for society. Her expertise is in enzyme processing and production. Yordi leads hands-on training on molecular biotechnology techniques. 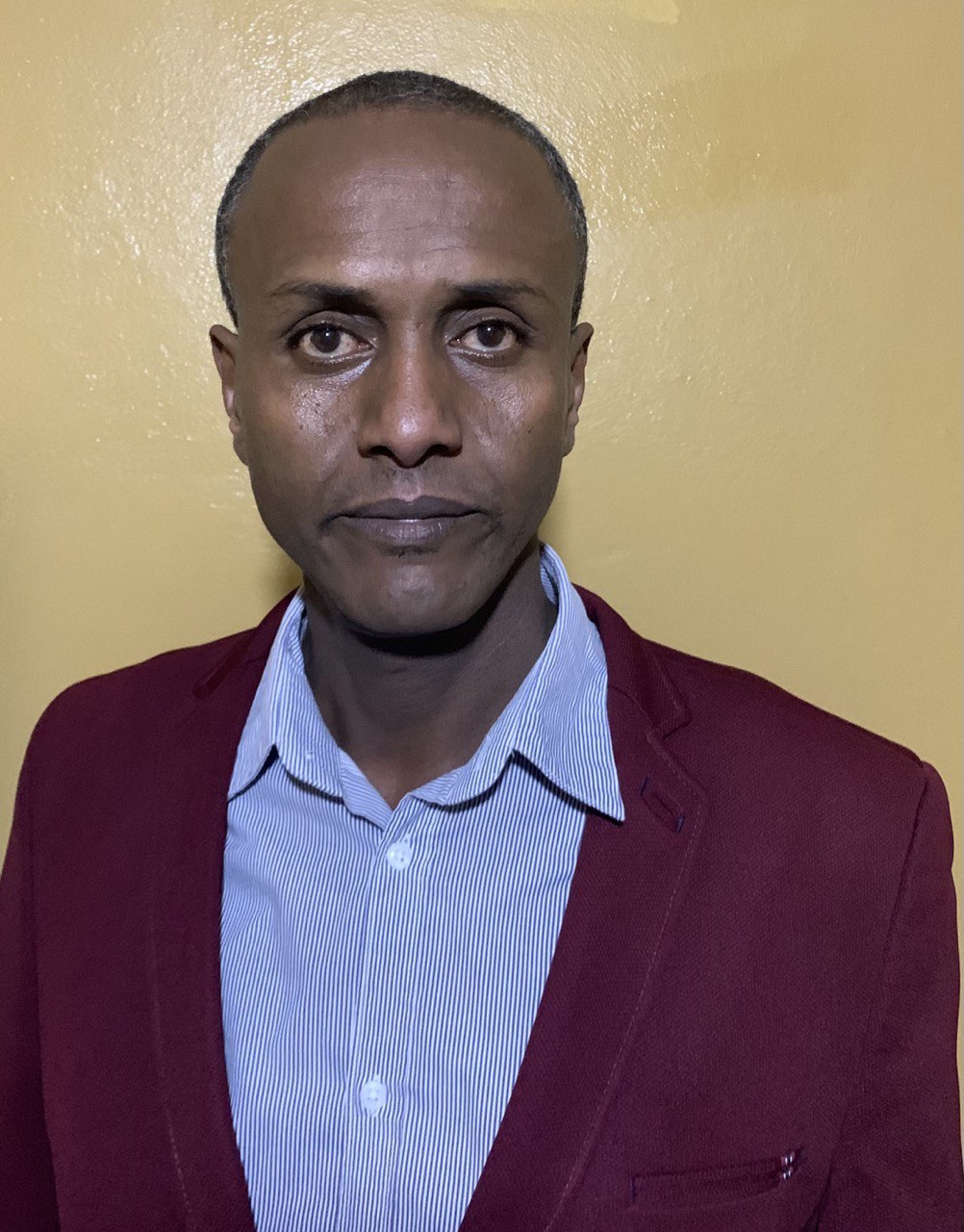 With background in nanomaterials and health science, Brook Esseye is a researcher at the Bio and Emerging Technology Institute (BETin, formerly EBTi) in Addis Ababa. His research interest is in interdisciplinary projects comprising biotech, nanotech and computation.

Esseye has been researching the development of silicate-based platform chemicals for industrial applications using silica derived from sugarcane bagasse ash. In partnership with a private company, Esseye developed a sodium silicate manufacturing pilot plant for detergent industries. Using this sodium silicate as a precursor, Esseye has also investigated synthesis of mesoporous nanosilica and its electro-spin coated films for biotech/biomedical applications. 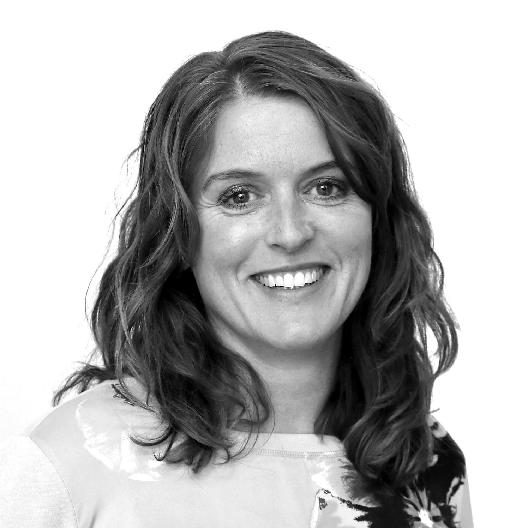 May-Britt Tessem is an Associate Professor/Research Scientist at the Department of Circulation and Medical Imaging, Faculty of Medicine and Health Sciences at NTNU.

May-Britt Tessem is the PI of the ERC funded starting grant “ProstOmics”. 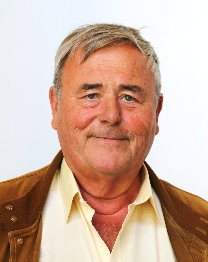 Ola Kindseth, sociologist cand.polit. and researcher (retired). Kindseth is a former prostate cancer patient and has worked together with May-Britt Tessem and the ProstOmics project research group as a patient research partner. Kindseth has an extensive background in sociology and research. This includes the position as senior research at SINTEF, senior adviser at Norwegian Directorate of Health, and work for the The Norwegian Cancer Society. 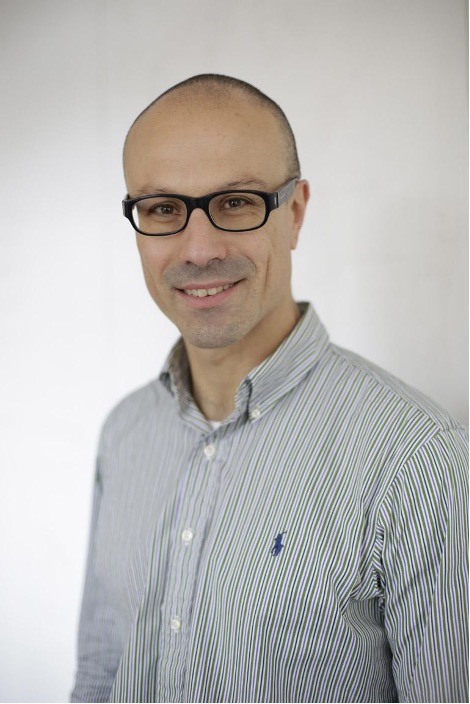 Giovanni is the coordinator of the AFINO research network and the leader of AFINO pilots project, which are experiments in new ways of generating and sharing knowledge and foresight through transdisciplinary collaborations. A philosopher by training, Giovanni has worked in applied, inter- and trans-disciplinary research for more than a decade. His research has spanned across diverse topics like digital publishing and digital repositories, to public health, personalised medicine and pharmaceutical regulations. 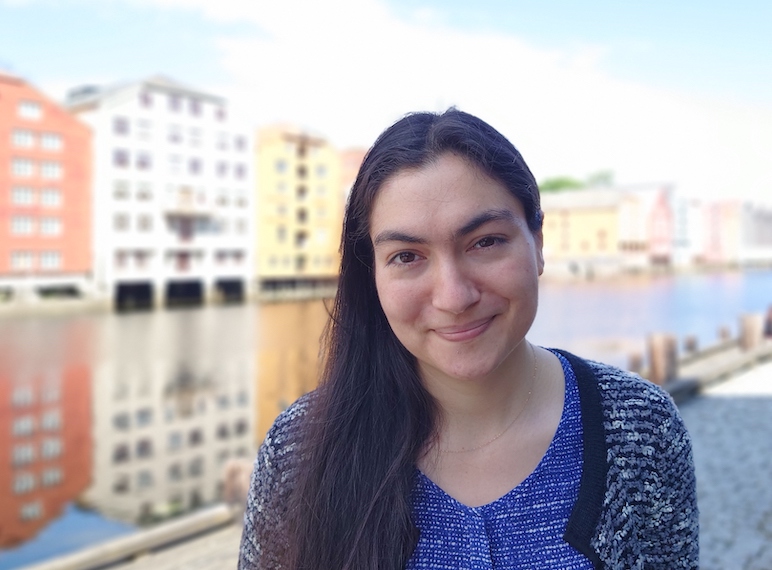 Kam Sripada PhD is a neuroscientist at the Norwegian University of Science and Technology (NTNU) and Centre Manager at the Centre for Digital Life Norway. In this role, she coordinates the centre’s operations to support and collaborate with over 40 digital biotechnology projects and national and international partners. Kam has studied how social and environmental factors influence child brain development and contribute to global health inequalities. She has collaborated closely with UNICEF, including co-leading the creation of the evidence-based UNICEF program Healthy Environments for Healthy Children launched in 2021, and on reports on children's health and rights.

While we wait for the conference to start, check out these new DLN project videos: