– We can provide the industry with candidate compounds and the knowledge to take the discoveries further, says scientist. 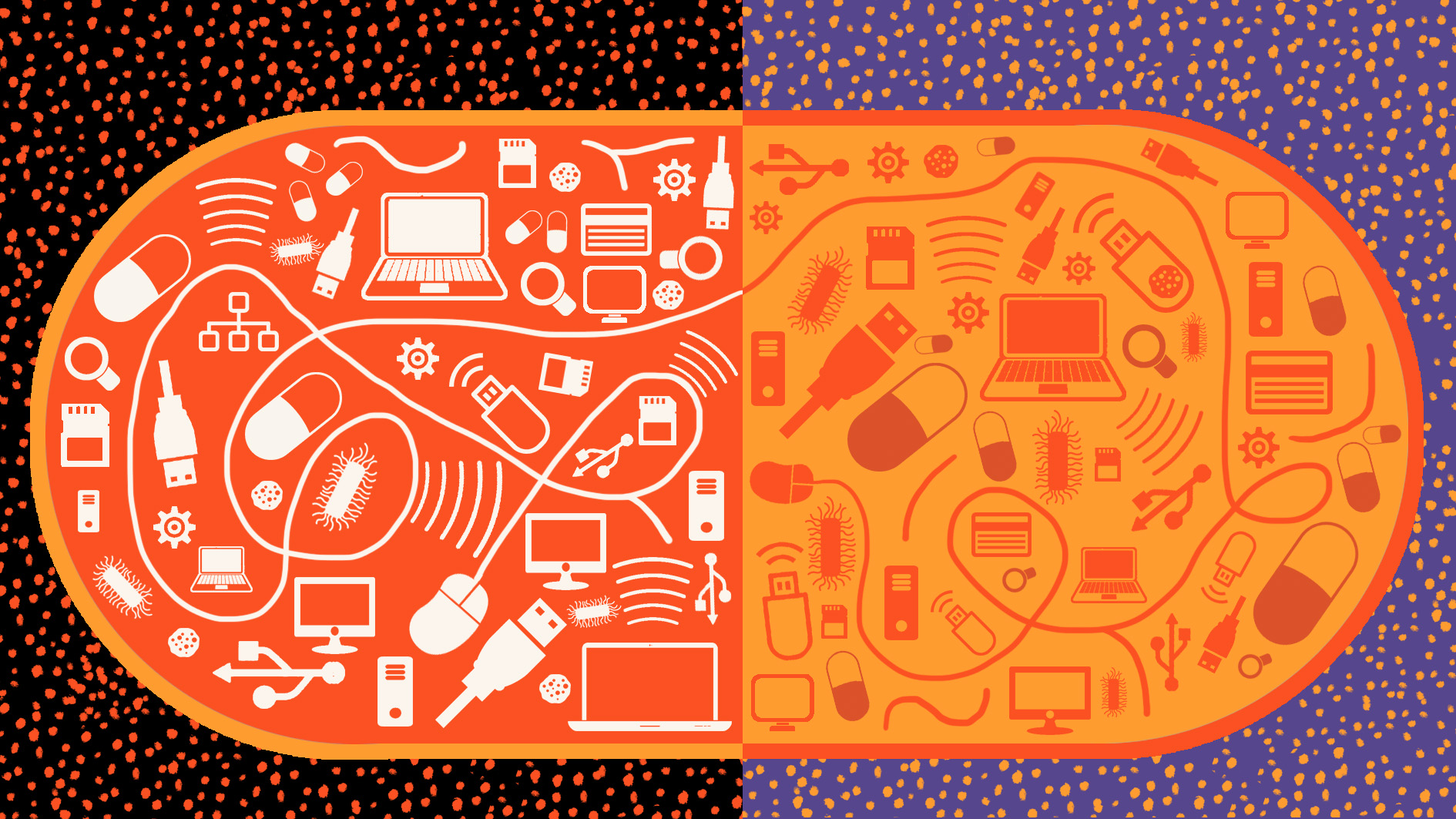 Most people are concerned about the rapid development of drug-resistant bacteria, which together with an aging population and increased number of cancer diagnoses pose serious threats to society.

To combat this, scientists from a wide range of backgrounds come together to develop new antibiotics and anti-cancer drugs. The promise of new discoveries rely on a fine-tuned combination of experimental results with complex, virtual models.

The goal is to generate the necessary tools to make discoveries in unexpected places.

All the genes we cannot see

Senior scientist Alexander Wentzel at SINTEF in Trondheim and his colleagues in the INBioPharm project aim to find previously undiscoverable compounds with interesting biological activity. To set up their platform, they need many new methods, including new knowledge of how bacteria organize their genomes.

Bacteria sort their genes in the DNA according to how they are used. Ten to twenty genes arranged side by side, called a gene cluster, often work together to control metabolic processes that produce complex and potentially bioactive molecules.

The INBioPharm team works with bacterial strains harvested from water, sediment and sponge samples from the local fjord. The collection, jointly owned by SINTEF and NTNU, has more than 10 000 isolates, and genome sequences from more than 1200 selected colonies indicate that many of them contain well over 20 gene clusters. In total, the library contains upwards of 20 000 gene clusters. Some of these might produce new antibiotics or anti-cancer compounds.

The project has a dual goal; to investigate novel bacteria from the sea, and establish a way to explore the genes and products normally not expressed by the organisms.

Many gene clusters remain silent under laboratory conditions. The team must therefore transfer each cluster to a new bacterium, a so-called “superhost”, to perform functional analysis. This task is too exhaustive for 20 000 gene clusters, so the team must first make a qualified selection of which strains and gene clusters to focus on.

– Together with collaborators in Germany and the Netherlands we developed a method to reduce the data dimensions, so that we could select the one hundred most interesting bacterial isolates to analyze further, says project researcher Giang-Son Nguyen.

The short-list of bacterial candidates covers a broad range to ensure that novel biomolecules are not lost in the process. The next step is to find out what each gene cluster does.

If the superhost does its job, the team can isolate and test the bioactive molecules in standard assays. Adding the compounds to resistant bacteria, fungi and cancer cells lets the researchers select candidates for further analysis.

The approach used in the INBioPharm project aims broadly towards novel compounds that may affect any biological process. At the University of Bergen, professor Ruth Brenk uses a different approach. She knows her target, but instead screens huge libraries to find new compounds that can bind to it.

– Our project aims at finding small molecules that bind to so-called riboswitches. In bacteria, these regulatory elements control the translation of proteins from mRNA. We think that the riboswitches are good targets for novel antibiotics, explains Brenk.

To screen for thousands of possible small molecules that may bind to the riboswitches, Brenk and her colleagues use computer simulations.

– We score each of the compounds for how they fit to the digital riboswitch. Then we have purchased the best candidates, and in laboratory tests, we found a weak binder to the riboswitch. We are now testing how small modifications to the molecule will affect the binding, she says.

Developing new drugs is both time consuming and labor intensive. In a previous position, Brenk worked as part of team with more than 20 people to bring a single molecule from the lab bench to pre-clinical trials over the course of five years. It is a huge effort, and the work in her current research group can only be the start of the process.

– It is naïve to think that academia can produce antibiotics alone. What we can do is to provide the industry with candidate compounds and the knowledge they need to take the findings further, says professor John Sigurd Svendsen from the University of Tromsø.

Svendsen heads the DigiBiotics project, where he and his colleagues aim to discover a range of new compounds for the pharmaceutical industry.

– We focus on a group of molecules that are larger than the classical “small molecules”, but not as large as the “large biomolecules”, such as antibodies. Our mid-sized molecules act differently on the cellular targets, and is it more difficult for bacteria to become resistant to them, explains Svendsen.

In addition to testing relevant compounds in cell culture and biochemical assays, the team also develops virtual models to design new, synthetic drugs. Since the scale of the molecules is bigger, the models need more computing power and more input to give accurate predictions.

– The company AstraZeneca is a partner because they are interested in the new methods that we develop, says Svendsen.

The key success factor for his and other similar projects is the ability to develop the necessary tools that allow them to investigate novel areas.

Models are not only useful for simulating molecule-to-molecule binding or interaction. The digital tools open doors into complex, living systems, such as the metabolic processes in bacteria and the malicious growth of a cancer cell.

Back at SINTEF, PhD-candidate Snorre Sulheim does exactly this. He uses modelling to test virtual changes to the Streptomyces coelicolor superhost to maximize production of unexpected, potential bioactive compounds.

– We need to make sure that the necessary metabolites such as amino acids are available in sufficient amounts in the cell. Some of the modifications include removing individual genes or gene clusters that compete for the same metabolites, he says.

Such cleanup process also removes bacterial processes and metabolites that would otherwise make lots of noise on the subsequent mass spectrometry analysis used to detect the new compounds. The result is cleaner data with more sensitivity for unexpected findings.

Combinations to reduce side effects

– We aim to understand how drugs act in synergy to kill cancer cells. This will allow the patients to use a lower dose of each drug, and thereby reduce the side effects, says Lægreid.

Virtual cancer cells act as the testing ground for new combination of drugs. Hundreds of variables describe the connections and interactions that take place within each cancer cell.

The virtual models allow the team to test how two different drugs together affect the system, and the results provide starting points for cell culture work and animal testing. A recent publication showed how two drugs act in synergy against gastrointestinal cancer cells, but the findings are still a long way from the clinic.

– Our research is an important contribution to developing new knowledge for the health industry, says Lægreid.

Common for all the projects is the realization that new bioactive drugs is not the only measure of success. The methods, platforms, virtual tools and technologies provide important contributions.

Examples of future directions include searching for enzymes for feed production, discovering chemicals produced by the human gut microbiome, and methods for correlating genetic and metabolomics data.

– With relatively small adjustments, we can use our platform to tackle datasets that were hard to investigate in the past. The possibilities are almost endless, concludes Wentzel.

E-mail this page
>
A new hope for digital drug discovery