Meet the scientists who develop an automatic pump, a tiny sensor and a very special gel. 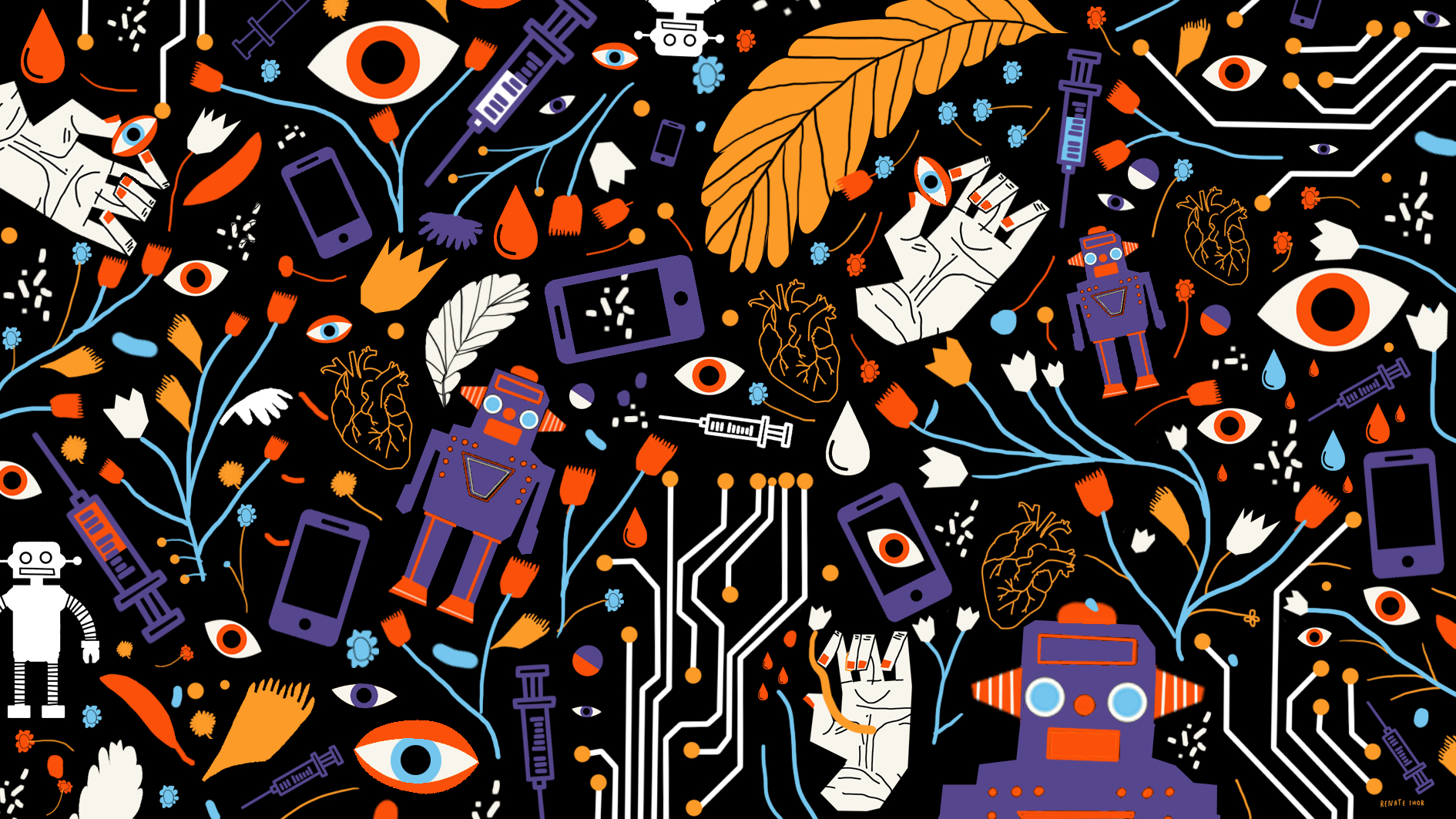 In the research project funded by Digital Life, Carlsen and his colleagues will develop a fully automatic control system for insulin regulation in patients with type 1 diabetes. Current technologies are mostly hybrids, with automatic supply of insulin throughout the day, but the user still needs to inject insulin before each meal. Carlsen wants to develop the technology further, and both measure glucose levels and give insulin in the abdominal cavity.

– Won’t have to think about it

Researchers who work with developing automatic control of blood sugar levels have two main challenges. The first is a 10-12 minute delay between the glucose levels in the blood stream and the values detected by sensors beneath the skin. The second challenge is that it takes one to two hours before the patient experiences the main effects of injected insulin.

Carlsen aims to develop sensors and algorithms that can handle these challenges. Through a small hole on the stomach, a glucose sensor and thin tubes connected to a small pump will ensure a stable blood sugar for the patient.

– The goal is that the patients will have control over their blood sugar levels just as healthy people do. They won’t have to think about having diabetes, says Carlsen.

Up and down with the blood sugar levels

To reach the goal, the algorithm must combine continuous and long term glucose measurements with the effects of the previous dose of insulin. The algorithm must also be able to estimate the patient’s future blood sugar and handle changes related to meals and physical activity.

– If it works, we can push the blood sugar even lower without being afraid of it going too low, and then use glucagon to increases it again, he says.

Since the new technology is coupled to the patient through an abdominal port, it will only require maintenance every few weeks. Carlsen admits that the technological demands on the sensors, tubes and stable connections are high. The team needs interdisciplinary collaborations.

– So far it has been a very fruitful collaboration with engineers and technology experts, says Carlsen.

His background is as a medical doctor, and his team also includes molecular biologists and veterinarians. One of the collaboration partners is Professor Astrid Aksnes, project leader for Lab-on-a-chip at NTNU. In her project, expertise in sensor technology is essential.

– We are pushing the limits, says Aksnes to the goal of developing highly sensitive sensors on a platform the size of a square inch.

The tiny chip will perform diagnostics at the hospital bed, at the doctor’s office or at the patient’s home. By replacing a trip to the doctor with an easy-to-perform analysis, the diagnostics tool will contribute to following up and treating patients in need.

Since the project started in 2015, the prototypes have gotten more and more complex. The team has put together tubes and silicon chips, and modified the surfaces to guide a drop of body fluid across a very advanced biomolecular sensor.

The sensors detect minute concentrations of biomarkers, molecules in body fluids that indicate the health status of a patient, for example a bacterial infection, liver failure or cancer.

– It is not sensitive enough yet, and we have only been able to measure the easies of the three biomarkers, says Aksnes, although the projects is progressing according to plan.

She hopes that the technology will be ready for testing in a few years. When finished, the chip will function as a tiny laboratory that gives quick and reliable answers.

For the large number of miniature parts to work together, Aksnes and her colleagues must ensure that every detail is correct. The team uses both measurements from the physical prototypes and computer simulations. The digital models show what might happen, but the team must also perform experiments to determine what actually happens.

– We would not have gotten this far if we had not been able to make computer simulations and then test them in real experiments in the laboratory, says Aksnes.

The team collaborates closely with NanoLab and NTNU, who teaches students and researchers how to handle the advanced equipment for making nano-scale parts for the chip.

The project leader takes advantage of working across disciplines. Her own background is in research on light waves, while other group members are experts at capillary forces, how to make blood drops travel inside thing tubes, and molecular dynamics, how to ensure that the biomarkers bind to the right spot on the surface at the right time.

Collaboration partners are specialists at nano-scale constructions, and the team must also stay updated on how biomarkers signal health and disease, and develop the chip so that health professionals will benefit from it.

Aksnes keeps track of her competitors through national and international contacts. Several researchers work to develop similar technology, so Aksnes sends her PhD- and post-doctoral students abroad to learn and share knowledge.

Although the projects is going according in the right direction, not all elements flow smoothly.

– Biochemistry is challenging due to the diversity in living organisms, comments Aksnes.

There is great variation in the biological samples, and the fluids behave differently from experiment to experiment. For researchers used to dealing with light waves, where repeated experiments produce the same results each time, the biochemical variations are challenging.

– We cannot control everything. After all, the blood is alive, says Aksnes.

At Berit Strand’s research group at NTNU and SINTEF Biotechnology, the team hopes to tackle the same challenge: It is hard to study biological complexity in the laboratory. Life inside (in vivo) and outside (in vitro) of the body are two very different things.

This is especially true for cells growing only in two dimensions in the laboratory, a situation that is very rare in most organs. Over time, cells growing on a flat surface will lose important signals from the environment, and not function normally.

The researchers in the Digital Life-project 3DLife, led by Strand, use the material alginate to mimic the body’s own scaffold to surround the cells.

– We generate a three dimensional environment consisting of alginate, where the cells can grow in physiologically relevant conditions, says researcher Øystein Arlov.

– Out 3D-models will build a bridge between simple in vitro-models and animal models, says Arlov.

Alginate is a natural polymer found in seaweed, and the human body tolerates the material well. Simple chemical modifications will change the three-dimensional structure of the alginate, and affect how the cells adapt and behave when living inside the gel.

– We control the abilities of the alginate, and can generate very many different versions to test, explains Arlov.

To test over 100 variants of the modified alginate, the team has chosen to work with a fibroblast cell line called IMR-90. The cells are long and thing when they are healthy and receive the correct signals from their environment, but become spherical if they are unhappy.

Arlov and his colleague Hanne Haslene-Hox use a robot to determine how the cells respond to the different versions of alginate, and perform a number of additional tests by hand. The data feeds into a database of how different alginates influence the cells. Later, the researchers will select the ten best candidates and use computer simulations to further modify and optimize the alginate.

– We need better laboratory methods. If we can use 384 wells in a plastic tray instead of using 384 mice to test a new drug, that gives ethical and economic advantages, and also reduces the volume of work needed to perform the analysis, explains Haslene-Hox.

The large robots are a great help in the lab. When the machines analyze cells growing in 2D, the team can manage 100 000 analyses per week. The goal is that the robot will do the same for cells growing in 3D.

The technological platform is relevant to scientists who need new tools to think creatively about medical research, for example when developing new prosthetics or growing mini-organs resembling brain, liver or guts in the lab.

If the scientists reach their goal, the platform will make it easier to test and develop new drugs.

– We want to move cell-based research one step closer to the human body, concludes Haslene-Hox.