Forsker Grand Prix 2019: The challenge of presenting complex research to the crowds in four minutes

Five of the participants selected for the Forsker Grand Prix Regional Finals are members of the Centre for Digital Life Norway Research School. In this article they give a brief introduction to their research and some of their thoughts on Forsker Grand Prix. 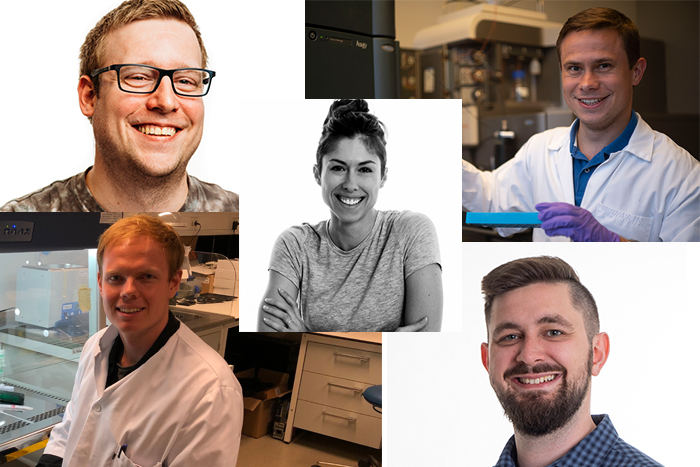 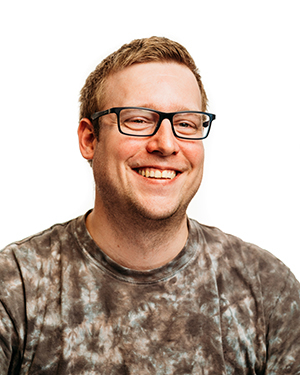 - I will try to convince people that nylon is a great thing in the end, says Christian Schulz, laughing. He is speaking about his presentation at the Forsker Grand Prix in Trondheim, but his project is far from a joke. It’s part of a European collaboration that is aiming to find a bio-sustainable solution to an industry-competitive production of the plastic nylon.

The clue to this project is to study bacteria that are able to produce nylon in a small scale, and his job is to try to increase the production. After two years of hard work he has been able to rebuild the bacteria and make a model on the computer.

- It took a long time to do develop the model, because of the lack of information. But now we can apply computational methods to identify bottlenecks in production of bio-sustainable nylon. Thereby we can reduce the number of expensive lab-tests significantly, meaning that I can do thousands of experiments in seconds, whereas in the lab it might take weeks to do one.

- What do you think about the concept of Forsker Grand Prix?
- It's interesting, it is a kind of competition but at the same time it feels like a collaboration, here in Trondheim all the ten participants from NTNU gather once a week to talk about our presentations. You don’t just learn about other research fields, but also about yourself and your own research, says Schulz.

- I am a resistance fighter - on the search for a new antibiotic. 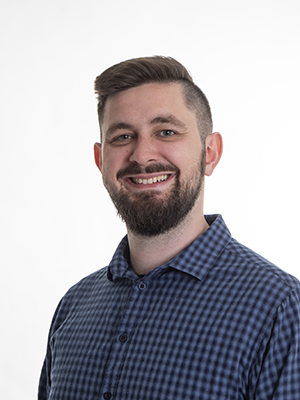 - Human kind is running out of antibiotics, we are in a crisis; that’s what makes me so motivated to work on this project, says Eric Juskewitz.

He is part of the Digital Life Norway's DigiBiotics-project, which tries to enhance the standard testing methods as the current testing, to define the efficacy if an antibiotic doesn’t reflect how the antibiotics work in the human body. They are testing antibacterial properties of new compounds against multi-drug resistant bacteria from the hospital.

The astrophysicist Neil deGrasse Tyson is his big role model, particularly because of his ability to communicate complex science in a “digestive way”. Juskewitz loves to tell stories and presents himself as a “resistance fighter in search for a new antibiotic”. He promises not to bore but to engage the public with his presentation and emphasises the importance of capturing the attention of the public from the beginning.

- Why is research communication so important?
- I would say there is no reason in working with science if you don’t want to share your research in an understandable way. We are funded by the society, so we should be able to tell them how the resources are spent. I hope to be part of a new generation of researchers more capable to engage the public and create trust, says Juskewitz.

The fascinating connection between the intestine and the immune system

- I’m researching the intestine, and trying to work out how it works, is Håvard Takle Lindholms answer to the question “what is your research about”. He continues explaining in more detail:

- We have a layer of cells in the intestine that has two main functions; to absorb what we need from food and nutrition and to keep the bacteria out. Our focus is to get a better understanding of how the immune system affects the intestinal cells.

The method for this is to extract intestine cells and let them grow, and to see how they react on signals from the immune system.

- Some thoughts around participating at the Forsker Grand Prix?
- I find it challenging to explain the research in such a limited amount of time, we have just four minutes each. This way of communicating my research appeals to me, and was the main reason for applying.
Lindholm states the importance for the society that scientists can inform the general public about what they are actually doing. 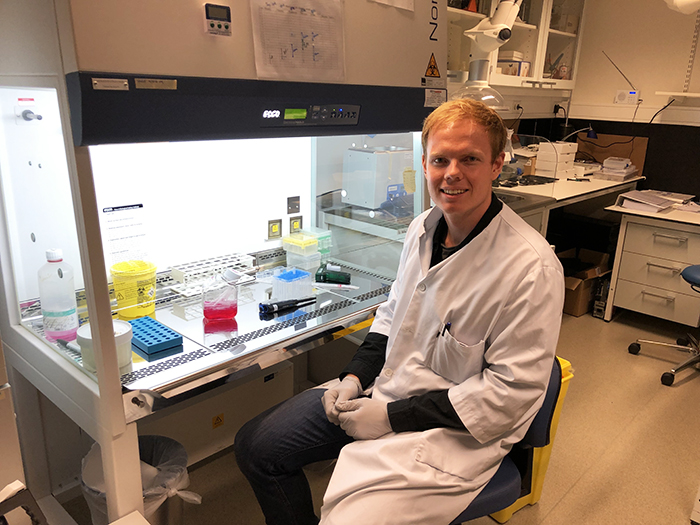 A better understanding of cancer drugs 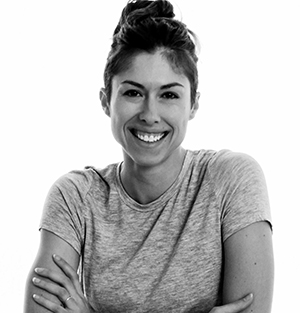 - The standard first test for new cancer drugs are done in two dimensions, in flasks. But that’s limiting because it’s not how tumours grow in the body. This is why in my project I use a three dimensional (3D) model to mimic the real complexity of tumours, says Tia Tidwell.

She explains that one big problem with using the two dimensional culture as the standard first test in drug development is that it can easily seem like the drugs work, but they might not once the testing gets to more advanced stages. This leads to most drugs failing during development, using a lot of time and resources to get only a few successful new cancer drugs.

- What do you think about having to present your research in four minutes?
- I think science communication is very important these days. People need to understand what we are doing, and maybe even more important in topics like cancer which affect many people. But – it’s quite challenging, says Tidwell. She takes a moment to think and adds:
- It’s really challenging, especially to explain my main research focus, cancer metabolism, as most people don’t even have an understanding of how normal metabolism works.

But she has already made her first four-minutes presentation, and found a way to explain the most important point: The benefits of using a 3D model.
- I will start with sharing a personal story, I think that will make it more relatable to the listener.

Looking into the deep ocean to find new anticancer bacteria

- People tend to think that most drugs are being developed synthetically. But many drugs were developed out of molecules isolated from bacteria, for example Streptomycin (anti-biotic) and Actinomycin D (anti-cancer), says Yannik Schneider. He dedicates a large part of his time to identify new molecules and to isolate them in order to investigate if they could be a source of new drugs against cancer and infectious disease.

Until this day, the soil has been the main origin of bacteria used for drugs, but Schneider says that they find less new molecules from soil bacteria nowadays. That’s why he is searching new molecules in bacteria from the ocean, particularly from the less investigated Arctic sea.

- Why did you send in an application to Forsker Grand Prix?
- Having to structure the most interesting topics from my research into a four minute presentation is a very interesting challenge. Normally my presentations are at least 45 minutes. This time I also have a completely different audience, people that have no background from the field. I can’t use the words I normally do, for instance compound, dereplication and bioactivity.

- Can you tell us a bit more about the presentation?
- It will be a surprise!

The regional Forsker Grand Prix will be held in Bergen, Oslo, Stavanger, Trondheim and Tromsø in the end of September. Each regional Grand Prix has ten participants, and two of them get selected to the grand finale that takes place in Stavanger the 28th September. This is the last day of the Research Days («Forskningsdagene»). Last years’ winner was Ben David Normann from UiS  with his presentation «Hva i all verdensrommet» about the fact that the universe is expanding but the scientists do not know why.

You may watch the research school members participate here:

E-mail this page
>
Forsker Grand Prix 2019: The challenge of presenting complex research to the crowds in four minutes