With the advent of novel genetic modification tools, we may be able to edit genes of an organism without leaving any trace of the manipulation. This has reignited the discussion of the future of GMO in feed and food production. As genetically optimized organisms may revolutionize production of essential nutrients for healthy food production, GMOs could be a key factor for sustainable growth of the aquaculture industry. The AurOmega and MIRA projects are both investigating the potential of microbial production of omega 3 fatty acids for fish feed. 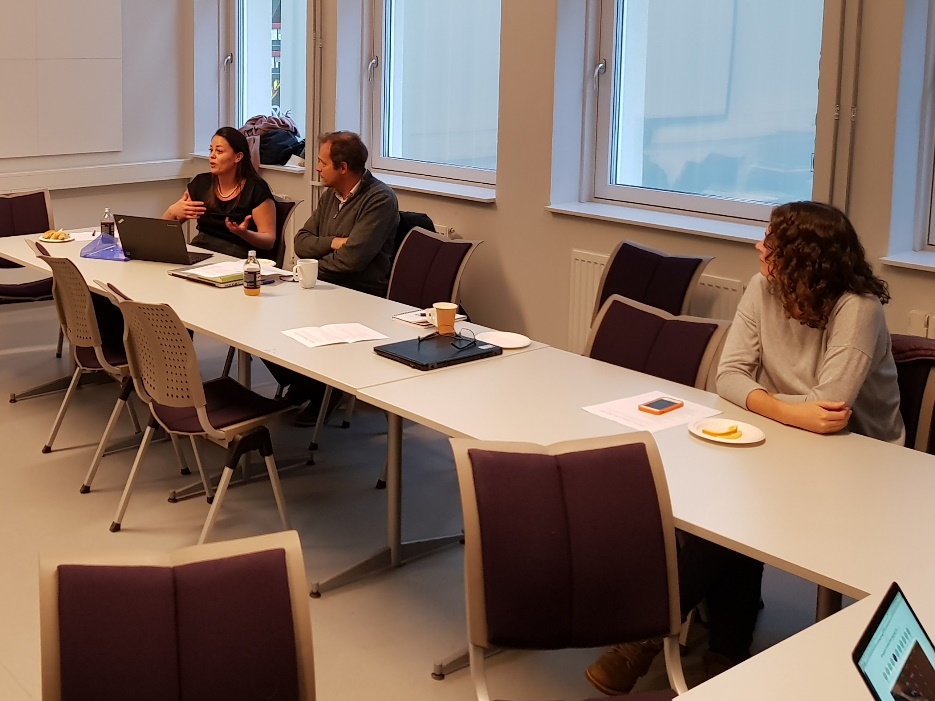 Discussion (organizers Helen Hamilton and Daniel B. Müller to the left)

On 9th of February, the research projects AurOmega and MIRA (Microbially produced Raw materials for Aquafeed), hosted a one day workshop on the use of GMOs as feed and food ingredients at NTNU. The main theme was the use of GMO derived feed ingredients to enable a sustainable growth of the aquaculture industry. The workshop was guided by the following questions: How can we feed a growing population with long chain omega-3 fatty acids? What roles could/should GMO EPA and DHA play in the supply of marine feed production?

Post doc Helen Hamilton and professor Daniel B. Müller, both at the NTNU Industrial Ecology Program, organized the workshop, while professor Bjørn Myskja, NTNU Dept. of Philosophy, chaired the event. In addition to AurOmega and MIRA project’s partners, the Norwegian Biotechnology Advisory Board took part, as well as representatives from the fish feed suppliers and the aquaculture industry. The workshop was divided in four sessions, each discussing one of the topics: Why is EPA/DHA important?, How can GMO contribute?, What is the industry’s stance on GMOs?, Consumer acceptance.

Initially, the importance of EPA/DHA and how it affects our health was presented. Omega 3 unsaturated fatty acids can prevent and have positive effect on a variety of conditions and illnesses, including rheumatism, diabetes 2 and cancer. To improve the health of the world’s population, it is crucial that we all get enough DHA/EPA through our diet.

However, the current production of EPA/DHA only covers around 34 percent of the worlds need. The biggest producer of DHA/EPA for dietary consumption is the aquaculture industry, but much of the important fatty acids are lost before they reach the consumer. Therefore, both increased production and decreased loss are important for the world’s health. So how can GMO help?

Two different ways of producing EPA/DHA by using GMO were presented. One option would be using phototrophic organisms that are able to produce EPA/DHA for commercial use. These organisms use sunlight as energy, fixating carbon. Genetic modifications could optimize them for industrial usage, and increased production of EPA/DHA can be achieved. Alternatively, heterotrophic organisms, using carbon sources as energy, can produce DHA/EPA by fermentation of sugar. These are already in use in the industry. However, the industry is facing challenges concerning production efficiency, and GMOs could be developed that overcome this problem. By metabolic engineering, new GMOs may exhibit increased production rate, either by faster growth and improved synthesis pathways, or by reducing elements that degrades the important fatty acids. In either case, introducing GMOs may provide increased productivity and lowered costs, more DHA/EPA can be produced. But will the industry be willing to use GMOs?

In Norway the industry is very careful when it comes to using GMO, and uses a lot of money every year to make sure that they use non-GMO products. This is not because the industry itself is skeptical towards GMO, but because their stance on the matter is closely related towards consumer acceptance. The consumers are very skeptical when it comes to purchasing food products that have been labeled as containing a GMO. This forces the marine feed production to be GMO-free, even though using GMO could mean an increase in EPA/DHA-amounts. However, the industry is positive to the research efforts, and they would like be involved in discussions concerning the use of GMOs in the future.

The workshop raised many important questions surrounding the use of GMO for increased production of DHA/EPA, and concluded that it is important to be open to the new possibilities that GMO could bring. 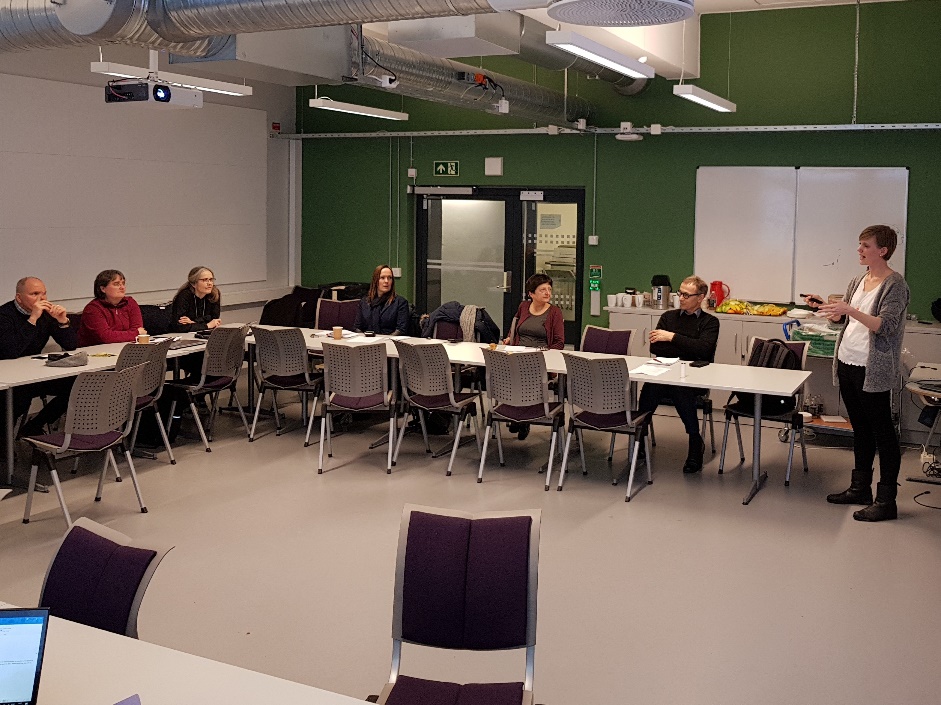 Presentation by Sigrid Bratlie, The Norwegian Biotechnology Advisory Board.

By Per Bruheim
E-mail this page
>
Genetic modified organisms – friend or foe in sustainable growth?