When starting my work in the dCod project I had very limited biological knowledge. My background was mostly in applied mathematics, where applied usually refers to something related to physics. Physics, the field of conservation laws, well-studied phenomena and exact equations. And then I now found myself in the situation where I was supposed to do modeling in biology. Biology, a field I had little or none knowledge in and where the processes not necessarily follow a well known physical law that can be expressed as an mathematical equation. Now, about two years later, I know a little bit more biology, although I still consider myself a novice in the field. More importantly, however, I have gained some experience with mathematical modeling in biology that I would like to share.

Mathematical modeling in biology, often called mathematical biology, can be a lot of different things. Some examples are modeling of molecular biology, biological patterns and populations. The modeling in the dCod project is on the molecular level where we try to model chemical reactions that are catalyzed by enzymes. First of all, why do we want to do this? Well, let's take a look at the whole dCod project in the bigger picture.

The full name of the dCod project is “dCod 1.0: Decoding the systems toxicology of Atlantic cod” and the goal of the project is to use the cod as an indicator on the state of the marine environment. If we know how the cod reacts to different pollutants, we can use the condition of a cod to say something about the pollution in the environment it has been living. To do so, it is necessary with a database of how the cod reacts to different pollutants, and the biologists in the project do a great job with building this database through various experiments. However, it is impossible to do experiments for all different pollutants, and in particular all different combinations of pollutants and doses as the number of possible combinations fast becomes very large. This is where the mathematical modeling enters the stage.

Ideally, we would like a mathematical model of all the chemical reactions in the cod metabolism. If this model is good enough we can do model simulations instead of doing experiments, or at least use the model to identify interesting experiments. This type of mathematical modeling of complex biological systems is often called systems biology, and is a relatively new field of study. The term can refer to different kinds of models, but a common feature is that they try to model a system as a whole, not as a reducible system where each part can be modeled individually.

So far, so good, but what about this model? Well, the perfect model that replaces all experiments certainly does not exist. And, to be honest, the almost perfect model does not exist either. All together it is indeed very complicated to model the metabolism mathematically. There are several reasons for this. One is simply the high number of reactions and thus large number of parameters that must be fitted in the model.  Further, the reactions behave differently under different conditions and also possess regulation functions that are hard to understand. Altogether, this makes it complicated to make an accurate mathematical model of a process like the cod metabolism.

However, the interesting thing about the modeling being difficult is that is mainly related to the understanding of the processes, not the mathematics itself. It is not that the resulting mathematical equations are too complicated to be solved, but rather that the phenomena that we want to study are not well enough understood to set up the correct equations. Or, at least I as a mathematician do not understand them well enough. This brings us back to previous blog posts by some of the other project members about the importance of communicating together in a cross-disciplinary project, as I may be able to obtain some of the information that I need for the model by working closely together with the biologists.

So, how should the mathematicians and the biologists work together to obtain and share the needed information? First of all we need to meet. Not only one or two times, but again and again. In the dCod project the whole team meets every second week if possible. This is great, but to be able to really do some work together one should probably meet more often and in smaller groups. Ideally, one should maybe not only meet, but also share office for some time? However, we don't live in an ideal world and don't have an unlimited amount of time. As a PhD student in mathematics I should obtain a PhD in mathematics, and can not get too caught up in biology on the same time as I'm supposed to do biological relevant modeling. In the same way, the PhD students in biology should mainly be focused on their biological work in order to obtain their PhD. Then there becomes a balance between doing work that is sufficiently specialized for a PhD, and investing time in reaching the cross-disciplinary goals of the project.

The second important thing when working together as mathematicians and biologists that I want to highlight is to be humble and dare to ask questions. I certainly don't understand everything that the biologists are talking about, and they probably don't understand everything I'm talking about either. This is natural and just the way it is. We are experts in different fields, and are not supposed to become experts in each other's fields. If we realize this and create an environment where it is allowed to ask stupid questions, I think it can create a fruitful collaboration. Having to explain what one is working with to people from different fields can also help yourself in getter a better understanding of your own work, what is important and not. And then in the discussion one might come one step closer to a mathematical model of the cod metabolism.

But what do we do in the meantime if we don't have the information needed to make the desired model? Give up? Well, hopefully not. I think there are at least two constructive things to do, and we try to do both in dCod. The first is to make a simpler model, where simpler refers to simpler in a mathematical sense. Even though such a model may not be too interesting from a mathematical perspective, it could provide valuable biological knowledge and capture the important features. The second thing to do is to try to understand the fundamental features of a class of mathematical models without paying too much attention to a specific problem. This would mostly be of mathematical interest, but may provide biological insight at a later stage.

To conclude we may not be able to model the full cod metabolism, but I still believe we can do some useful modeling! Also, the dCod project is a “first of a kind” in several aspects, and a lot of the new knowledge is how to work together and communicate in a project like this.

Finally, if you want to read more about choosing the correct model complexity you can check out our latest article here: https://bmcsystbiol.biomedcentral.com/articles/10.1186/s12918-018-0602-x 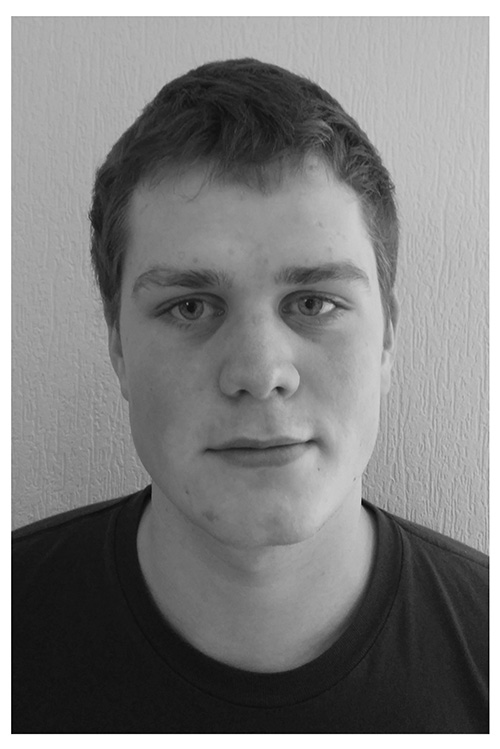 By Håvard Frøysa
E-mail this page
>
Modeling the uncertain