On ethical controversies of using fish in experimental biology

Issues concerning “animal welfare” and “animal care” constitute a significant portion of both public debate and biological studies. Whereas the first concept is dealing with the well-being of animals, “animal care” comprises the activities conducted that can affects the animal welfare, while an animal is used in research, testing, and production. In our project “dCod 1.0: decoding systems toxicology of Atlantic cod (Gadus morhua) – environmental genomics for ecosystem quality monitoring and risk assessment”, we use cod fish as a model organism in experimental and field studies and therefore we are concerned about proper animal/fish care. 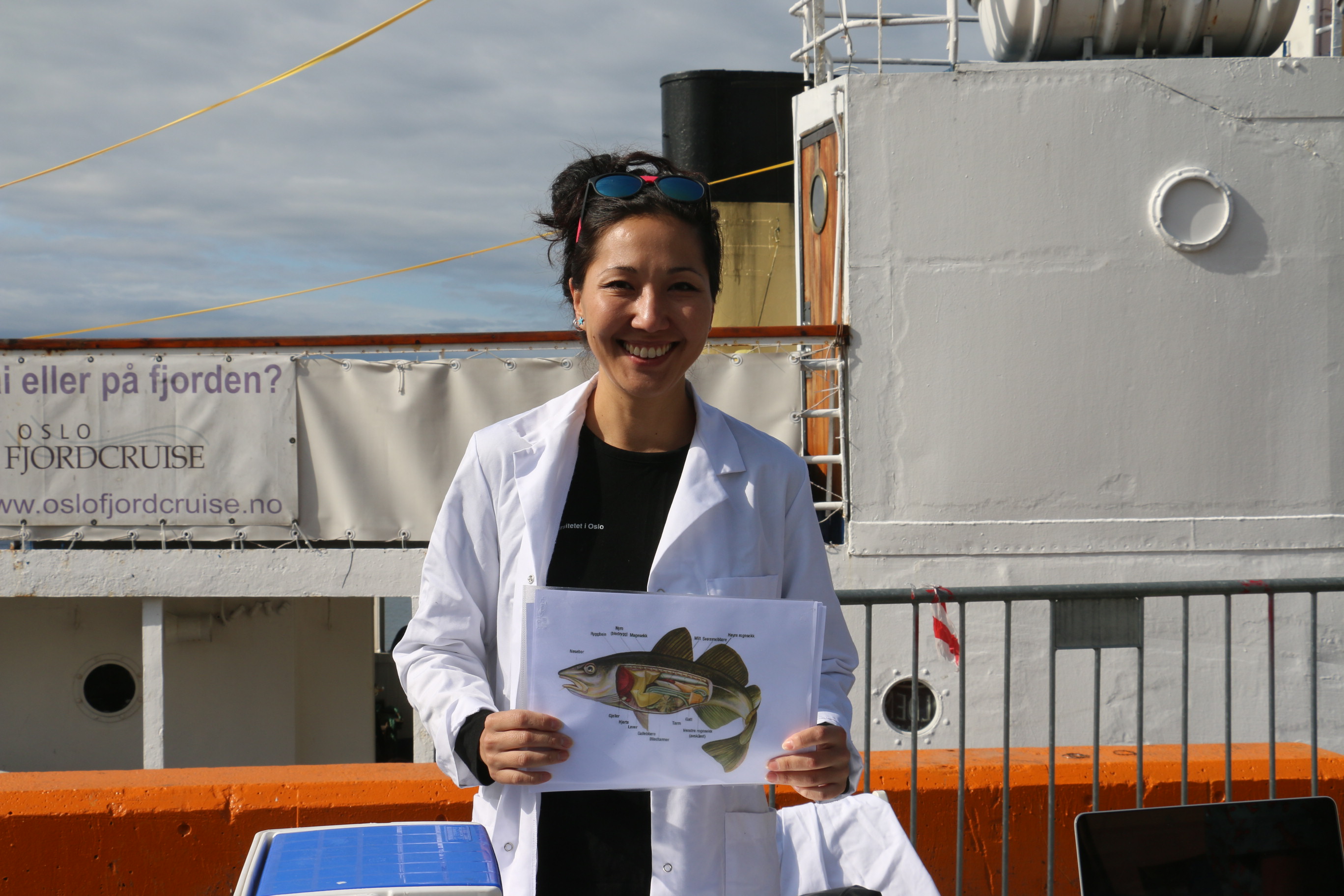 A growing debate on animal welfare and care

There is an ongoing and growing debate on the topic of animal welfare and care in industry and in scientific research. I have noticed myself that these debates are not only part of the dinner party discussions with friends, where there will always be someone taking an ethical stand to a variable extent against animal product consumption, but also a part of the dialogue in our working space – the university laboratory.

In my experience, a course group of biology students would typically have a clear distinction between two groups: those who think that the exercise to anesthetize, sacrifice and dissect a frog is directly gross and begin vocally re-consider study line choice; and others who, almost blindly following protocols from professors, will finish an exercise, believing that this skill of being able to conduct animal experiments is bringing them further to becoming a researcher (while feeling of a discomfort, I believe, naturally appearing from killing a live creature is accepted as a necessary sacrifice “on the hard road of becoming a scientist”).

The issue of proper animal care can be unfolded into a much more complicated matter, including scientific evidences, philosophical understanding, public perception and political stance.

Historically, there was a clear philosophical distinction between humans and animals. It has been so not only due to, the fact that the development of the evolutionary theory is plagued by the anthropocentric notion that evolution of vertebrates follows a linear progression crowning the humans as the most complex and developed living creatures. French philosopher and scientist René Descartes viewed animals as automata or machines: “they have no mind (or incorporeal soul); they are unable to think; they are all together lacking in consciousness. Like the motions of the machines, animal behaviour can be explained in purely mechanical terms”. This view on animals and the belief that animals do not experience pain had certain practical implications both for those that eat animal meat and for those using animals as subjects in a scientific research, as Descartes himself, by releasing from “moral qualms” and a “suspicion of crime”.

The amount of ethical concern to certain groups of animals relates to the public perception of their level of intelligence and possible consideration of their consciousness. In this regard, fish, although being one of the most highly utilised vertebrate taxa by humans (e.g. in aquaculture, from wild stocks, and for scientific research) is lacking the same level of ethical concern as certain other species of vertebrates. Generally, it is assumed that animals with more developed cognitive skills have larger capacity for suffering, with suffering defined as prolonged periods of pain and fear.

A growing body of evidence shows that fish are much more sensitive than previously considered. Some authors also discuss, in the scientific literature, that fish might also be intelligent, sentient and even conscious (Brown 2015). The intelligence in these discussions is closely related to cognitive complexity, while fish consciousness, is described not in the sense as for humans (e.g. “thinking about thinking”) but takes a stand point in the recognition that suffering is a conscious experience.  The evidence is gathered from various studies on cognition, fish physiology and ecology. Cognition studies show that fish exhibit a wide range of sophisticated behaviours, capable of long-term memory, social traditions (e.g. responsible for migration in groups) and the association learning in fish in some cases is faster than in rats and dogs (Brown 2015). Physiological studies show that the pain receptors in fish resemble those in humans and fish’s sensory perception is highly developed. Hence, we can conclude that fish should also be given a high level of compassion and be stronger recognised within animal welfare legislations.

“Balancing between harm and benefit” *

*A phrase taken from “Ethical Guidelines for the Use of Animals in Research”, 2018, National Committee for Research Ethics in Science and Technology (NENT).

Experiments on animals may require researchers to intentionally cause harm to animals, while the future benefits are often uncertain and therefore assessment of harm and benefit in such cases is quite challenging. In Scandinavian countries, the Animal Welfare Act is aimed to protect animals used in industry and research “from unnecessary strain and stress” and covers vertebrate species, decapods, octopi (Cephalopoda) and honeybees. For a researcher that uses test animals in their methods this means that one has to follow certain legislative procedures when they conduct research with these species.

Researchers in Norway, Sweden and Denmark are obligated to follow the EU and national regulations on laboratory animal science. In order to apply for permission to conduct animal experiments, a researcher has to have taken a several week long course called “Laboratory Animal Science” (“Dyreforsøkskurs” in Norwegian).

The main principles of the legislation are as follows:

In relation to the last two points, it is useful to add that animal welfare is also important for the scientific quality of results. Pain and stress suffering may influence the physiological endpoints measured. It is especially important in our project, where physiological and biochemical biomarkers of chemical exposure may be affected by fish stress and pain experience. Such factors as pain and stress suffering increase the biological variability between the individuals in the same exposure group, consequently decreasing the value of scientific results.

Generally, these principles are summarised into three guiding principles for more ethical use of animals in laboratory studies, the so-called «Three Rs (3Rs)» that stand for "Replace, Reduce, Refine.”

Alternatives to in vivo testing

The development of methods alternative to animal in vivo testing has been going on for decades, and there are two major lines within this research, the in vitro cell cultures and computer simulations in silico. Some can argue that these alternatives are not complete alternative replacement for the animal testing, not only because both models (in vitro and in silico) are based on the data from previous animal testing models, but also because an organism is an extremely complicated matrix, which cannot necessarily be replaced by a simpler model. In fact, when applying for a permission to use animals one has to provide scientific argumentation in favour for using the whole animal, instead of using alternatives such as cell cultures.

There are functioning national institutions and international co-operations (e.g. International Cooperation on Alternative Test Methods (ICATM)) aiming for coordinated scientific recommendations on alternative testing methods to be applied on the national levels of member countries. Although, some alternative testing methods, including cell cultures, tissue slices, and even using human volunteers, are applicable and already applied, it is still lawful to claim that in many instances such alternatives cannot provide enough information about the complex interactions within a biological system, i.e. living organism. It is possible, however, depending on the hypothesis being tested, to replace completely in vivo animal model with cell cultures or e.g. liver slices. In our current project, both in vitro and in silico alternatives are being developed and applied. In the dCod 1.0 project, we do in vivo experiments with cod produced in farms at Tromsø facility, in situ studies from Norwegian fjords, and in vitro using cell cultures and liver slices. In relation to in silico approaches, dCod project biologists are working closely with mathematicians in order to build models of complex biological systems for cod within the frames of systems biology.

Although there is a need for much more scientific knowledge on animal sensitivity, and perhaps shift in a scientific consensus (animals are not “machines”) and alternative methods development, there is still a necessity of using living systems and organism in experimental research. When preparing our in vivo experiments, or fishing in the fjord while doing our in situ studies, we realise that in the future some of the current work will be replaced by in vitro and in silico methods.

Until then, the only thing there is left to do, is to be ethical. Being ethical in this case would mean to use every single animal, utilised for research, to a “maximum scientific capacity”, e.g. each fish used to produce as many samples for various scientific questions as possible. This in turn would mean that scientific hypothesis has to be in place (e.g. toxic substance will most probably cause some kind of toxic effect on an animal, a scientific hypothesis needs development of a more elaborated question), experimental techniques have to be state-of-the-art, experimental facility has to be fully functioning – all that, in order to avoid unnecessary animal sacrifice.

Guide for the Care and Use of Laboratory Animals. https://www.ncbi.nlm.nih.gov/books/NBK54045/ 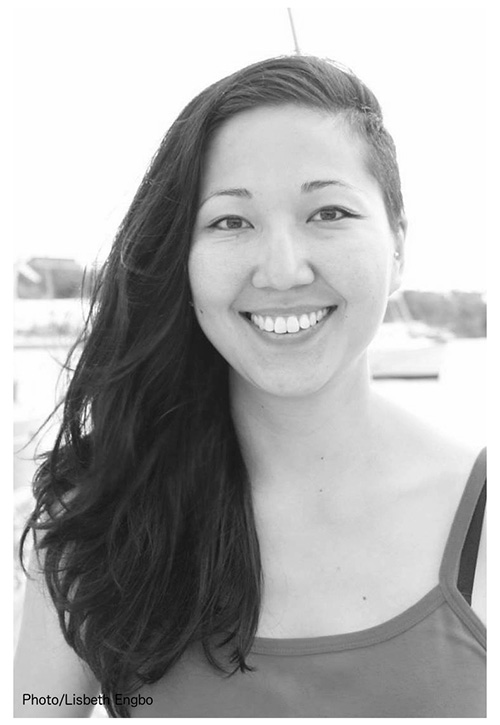