The 2nd annual conference of Digital life Norway Research school was held in warm and welcoming surroundings at Stiklestad, 30 May – 1 June, 2018. 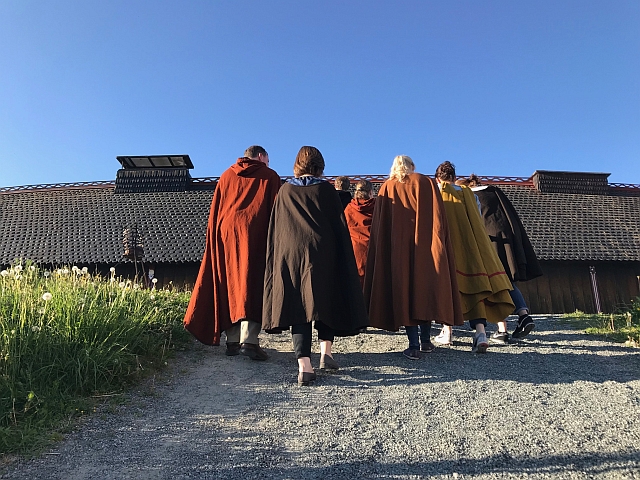 The conference was kicked off with the scientific director, Olav Haraldseth, welcoming everyone to the most important event of the year for the research school. This was followed by a brainstorming session in groups, where the participants were identifying important factors in how to give a good presentation and how to give efficient feedback as an audience. The outcome of these discussions were put to use the next day, when they held their own presentations in highly interdisciplinary groups. 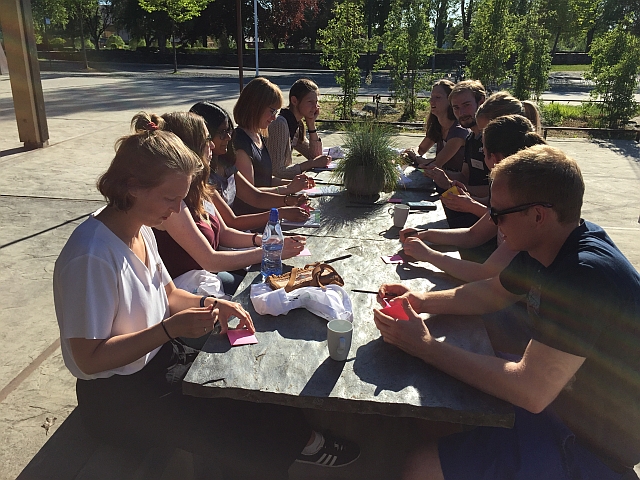 Brainstorming usually results in a need for food, so the time had come for the traditional Norwegian feast in the Viking ‘langhus’. Everyone received Viking woolen capes to match the surroundings, but one might wonder if the Vikings really used these in temperatures close to 30 degrees. 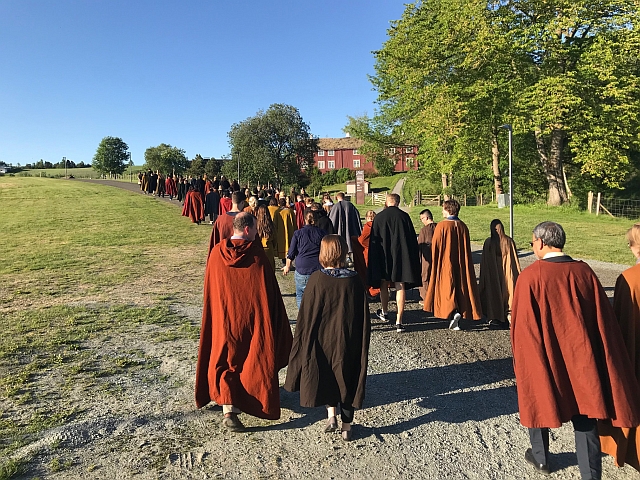 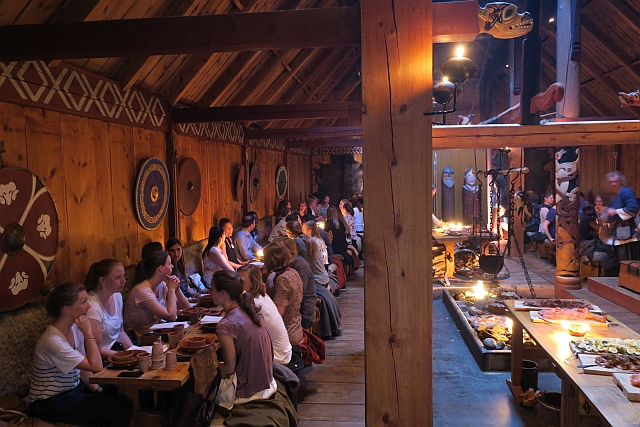 The topic for the scientific session on Thursday was “Scientific communication: How to present your research”. Srikant Sarangi, on mission from Centre for Academic and Professional Communication at NTNU, opened with his talk on how to understand and practice interdisciplinary communication. He was followed by Ole Andreas Alsos, NTNU, and Sofie Snipstad, Research Grand Prix winner from NTNU, who shared their suggestions on how to make your presentation exceptional through using visual communication tools. Actress Mildri Ryan then followed up by giving the audience some guidance when it comes to body language, how to appeal to the audience, and handling those nerves. 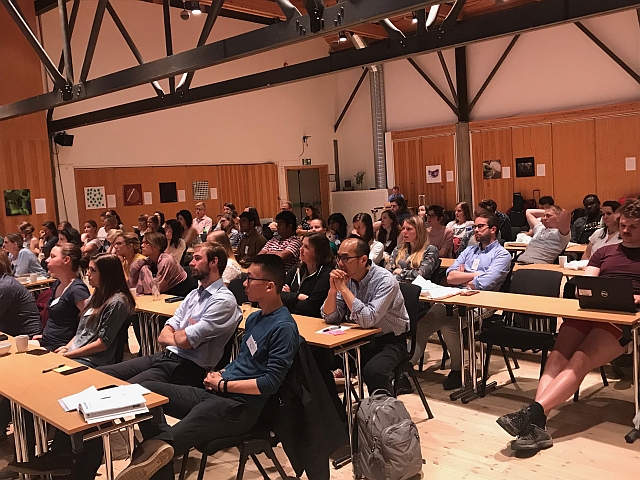 The late afternoon was spent outside in the sun engaging in various Viking activities, making new friends over some axe throwing, catapult shooting, bow and arrow, wrestling games, etc. All while getting new energy from local food and beer. 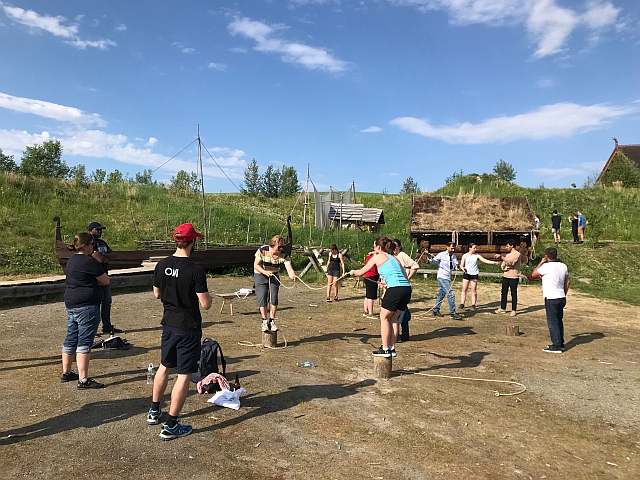 During the Thursday dinner, the winner of the best scientific image competition was announced. Tia Tidwell from Stavanger University won by a popular vote among the participants, taking home NOK 5000 to spend on whatever she needs within her PhD project. Her image titled ‘Nebuloid’ showed a 3D spheroid formed from colorectal cancer, and highlights the sometimes unexpected beauty in science. 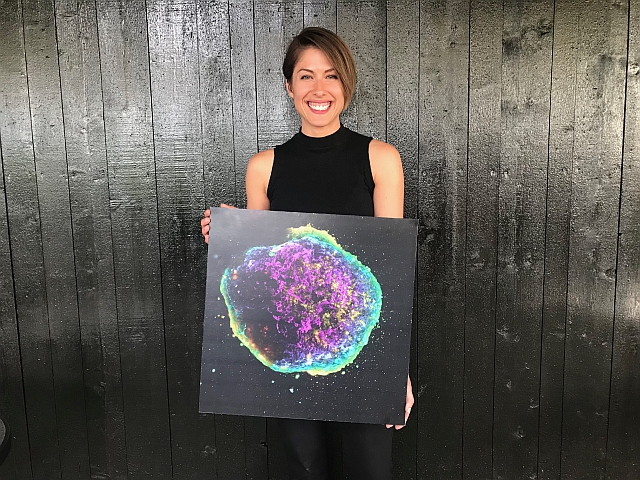 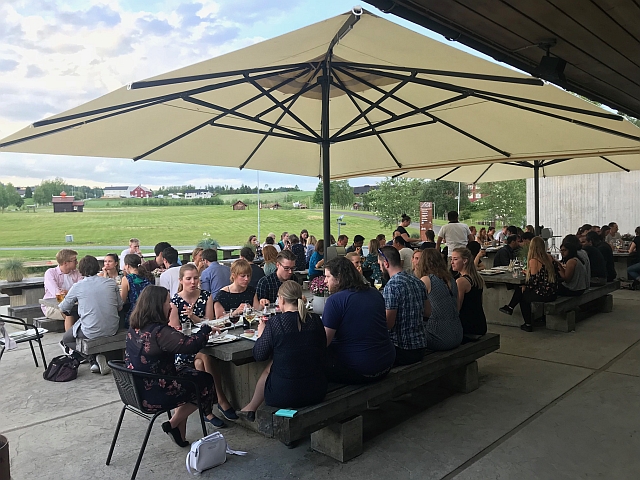 Friday’s topic was “The future: Will your research make an impact?”, starting with a talk by Digital Life’s own centre director, Trygve Brautaset, putting the focus on how biotechnology have and perhaps will develop in the future. He was followed by Ellen Jorgensen, president of Biotech Without Borders, who discussed the importance of interactions between scientists and the public in the further development of technical and ethical issues in biotechnology. Ryan Bailey, professor at University of Michigan, focused on his own experiences and challenges with taking his research on silicon photonic biosensor arrays into a product for clinical application. The day, and the conference, was aptly ended with the question “When they say innovation, what does this mean for you?”, asked  by Raffael Himmelsbach, coordinator for responsible research and innovation at Centre for Digital Life Norway. 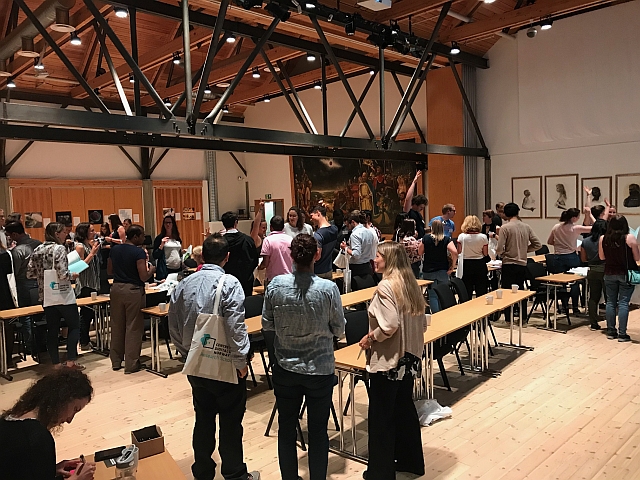 Although it was the second annual conference of the research school, it was the first full-scale conference, spanning over 2,5 days with 80 participants in total. It was organized for and by the research school members; Nina Bjørk Arnfinnsdottir, Agnieszka Gawin, and Maria Bårdsen Hesjedal did an amazing job in planning and organizing a conference from the view and needs of PhD students and postdocs. And despite having a full program of science (and social activities), plenty of the participants also found time to go for a swim in the nearby lake, take part in various sports activities, or simply just relax.

We would really like to thank all the incredible members who participated at this year’s conference, making it such a great event. We hope that you carried new friendships, new knowledge, and new inspiration with you on your way home, and that the experience was positive enough to encourage you to join us again next year. 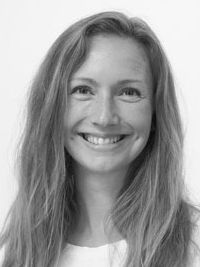