Young researchers in focus at the DigitalLife 2018 conference

63 research projects were on display during DigitalLife 2018, and the conference room filled with lively discussions and scientific excitement. Who would take home the Poster Prize?

A crowded room decorated with scientific posters is the heart of every major conference. At DigitalLife2018, young scientists and experienced researchers met to discuss recent findings, discover new tools and develop collaborations for the future. 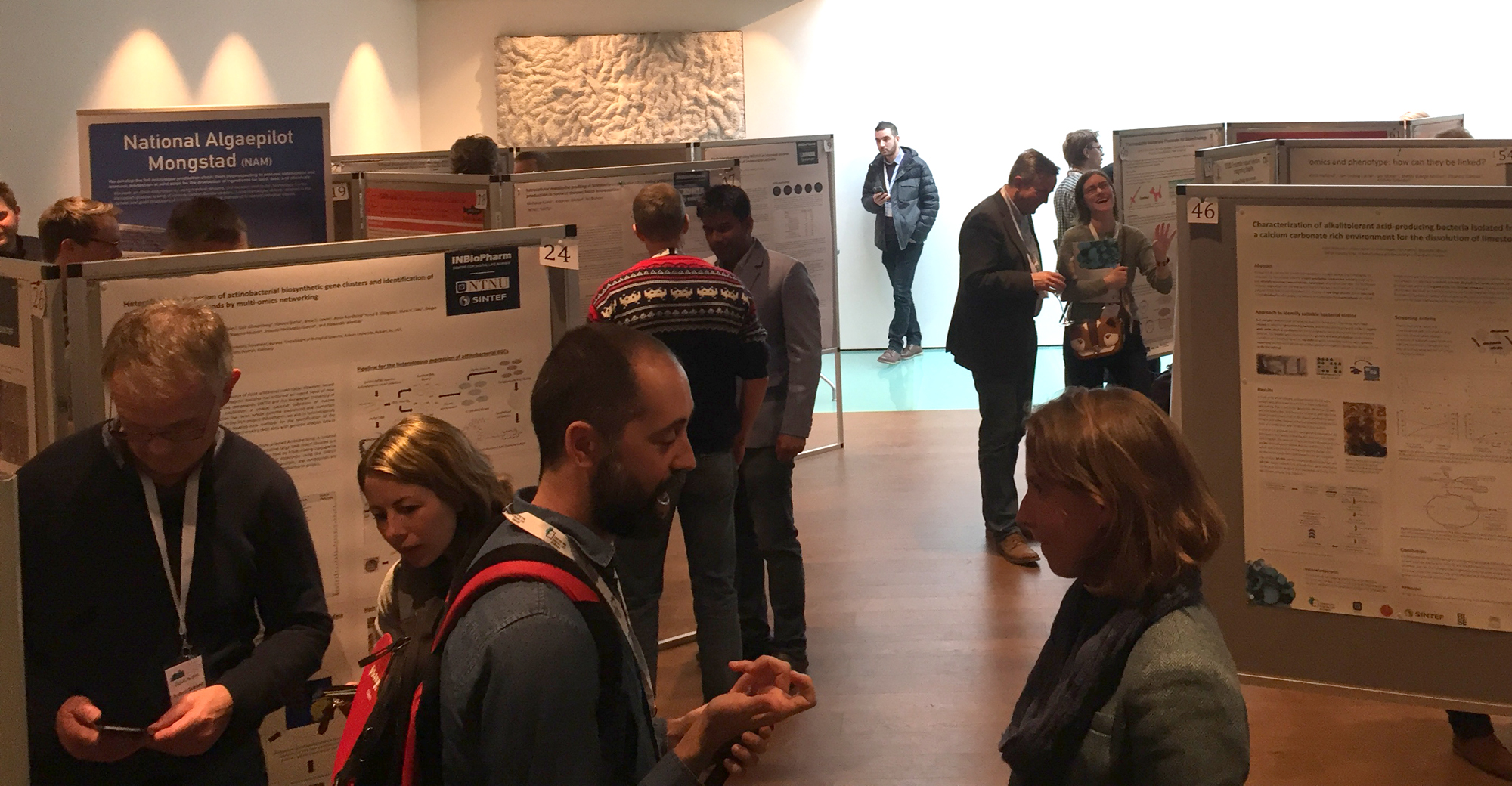 From left: Anders Goksøyr and Marta Eide from UiB, and Antonio Garcia Moyano and Dorinde Kleinegris from Uni Research.

Below are a few of the presenters at Digital Life 2018:

Siri Øfsthus Goksøyr is a PhD candidate in the dCod project at UiB. She presented her work on developing a cell-free sensor for contaminants affecting marine species. In her PhD-work, she will use cod Vitamin D receptors as proof-of-concept for the new technology, and plans to submit at DOFI at the end of the laboratory work. 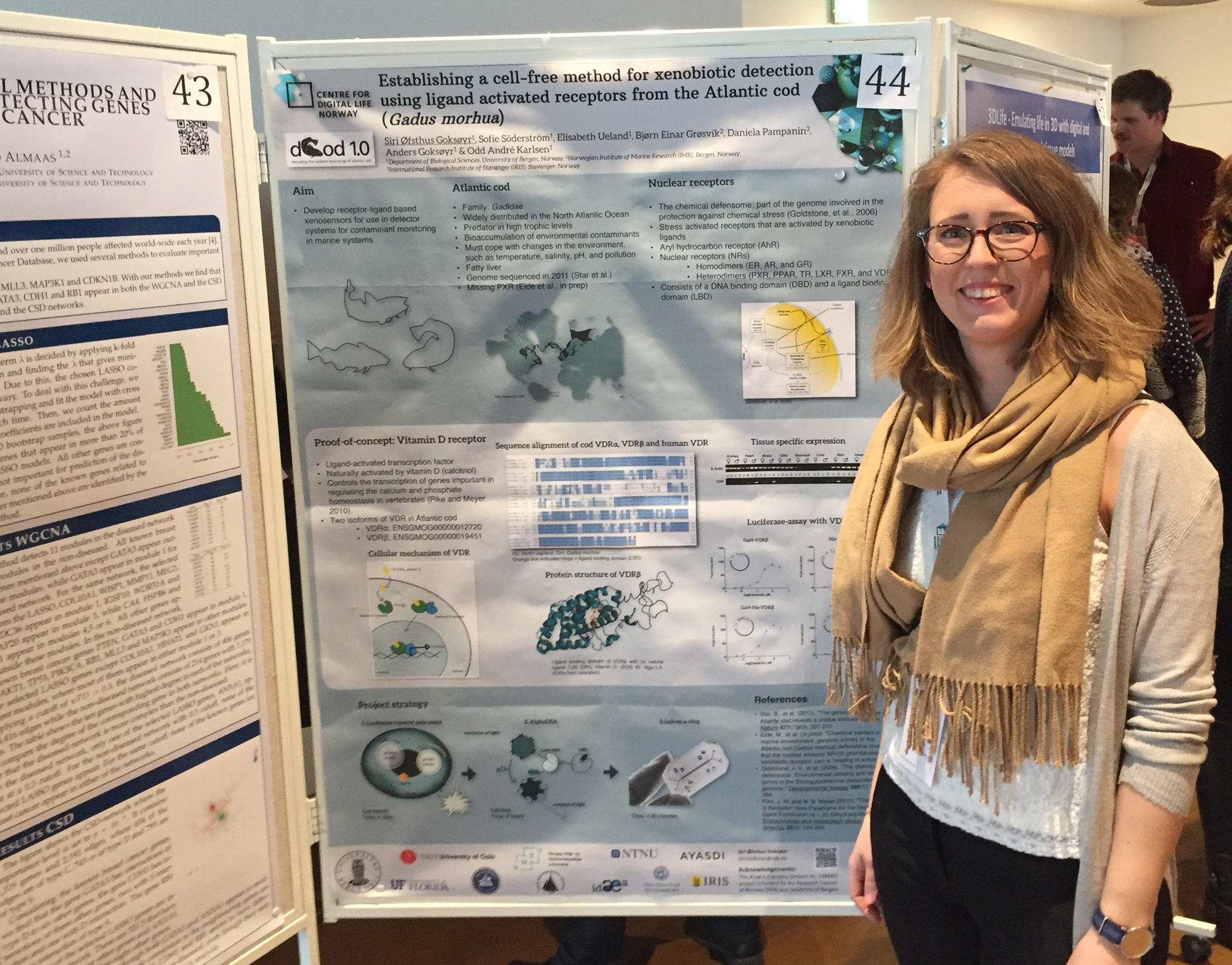 Kanhaiya Kumar is a postdoctoral researhcher in the INBioPharm project at NTNU. He presented his project on profiling the metabolic states of Streptomyces to use the bacteria as a host organism. In the future, Kumar will use the modified bacteria as superhosts for gene clusters from other marine bacteria, and test if the new genes function together to produce antibiotics or other bioactive compounds. 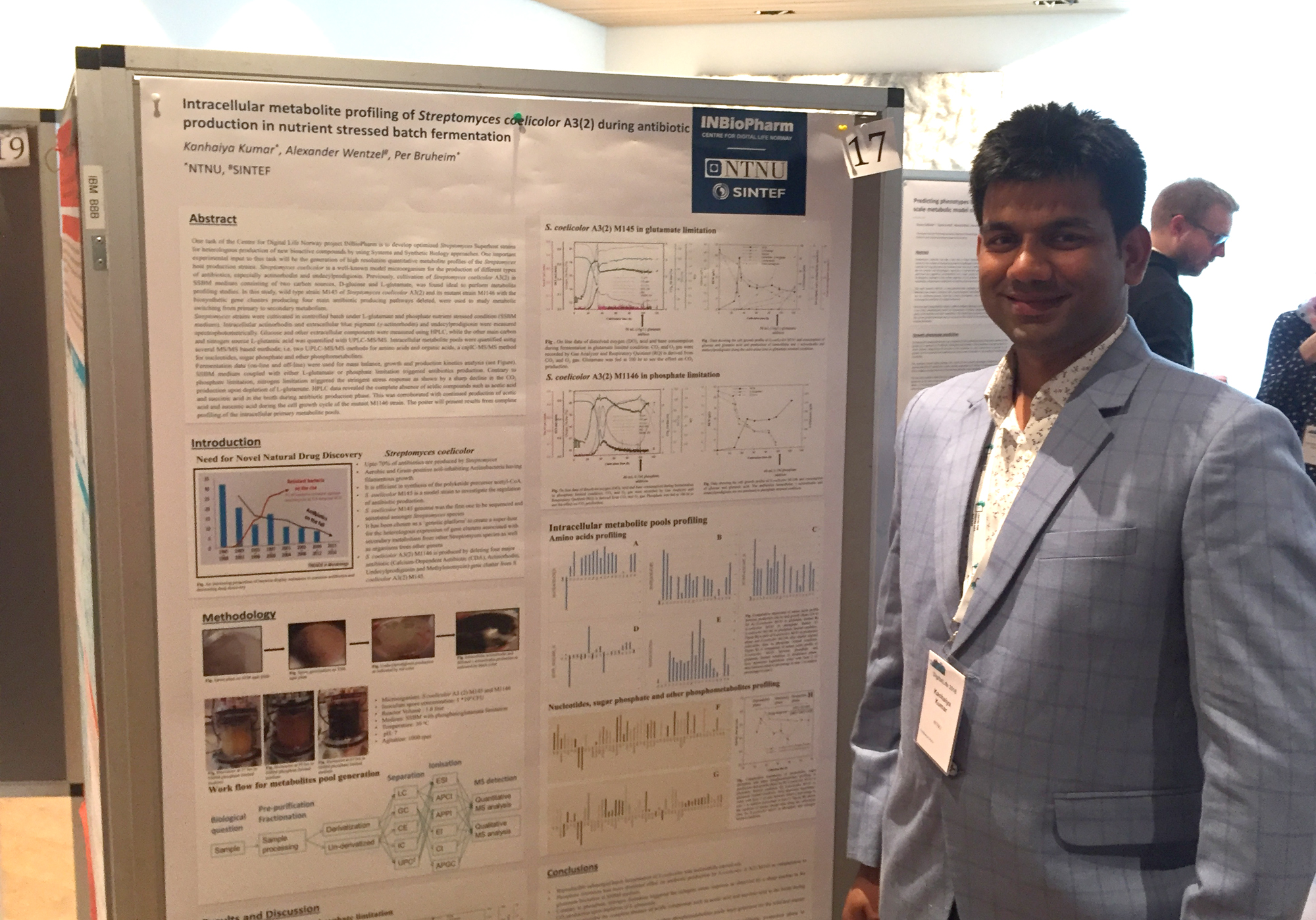 Fabian Grammes is a researcher in the DigiSal project at NMBU. He presented his work on developing a database for functional annotation of genomes, which he and his colleagues use to understand the samlon genome. The new information will help Grammes and his colleagues to build a mathematical model for the metabolic reaction network for Atlantic salmon. 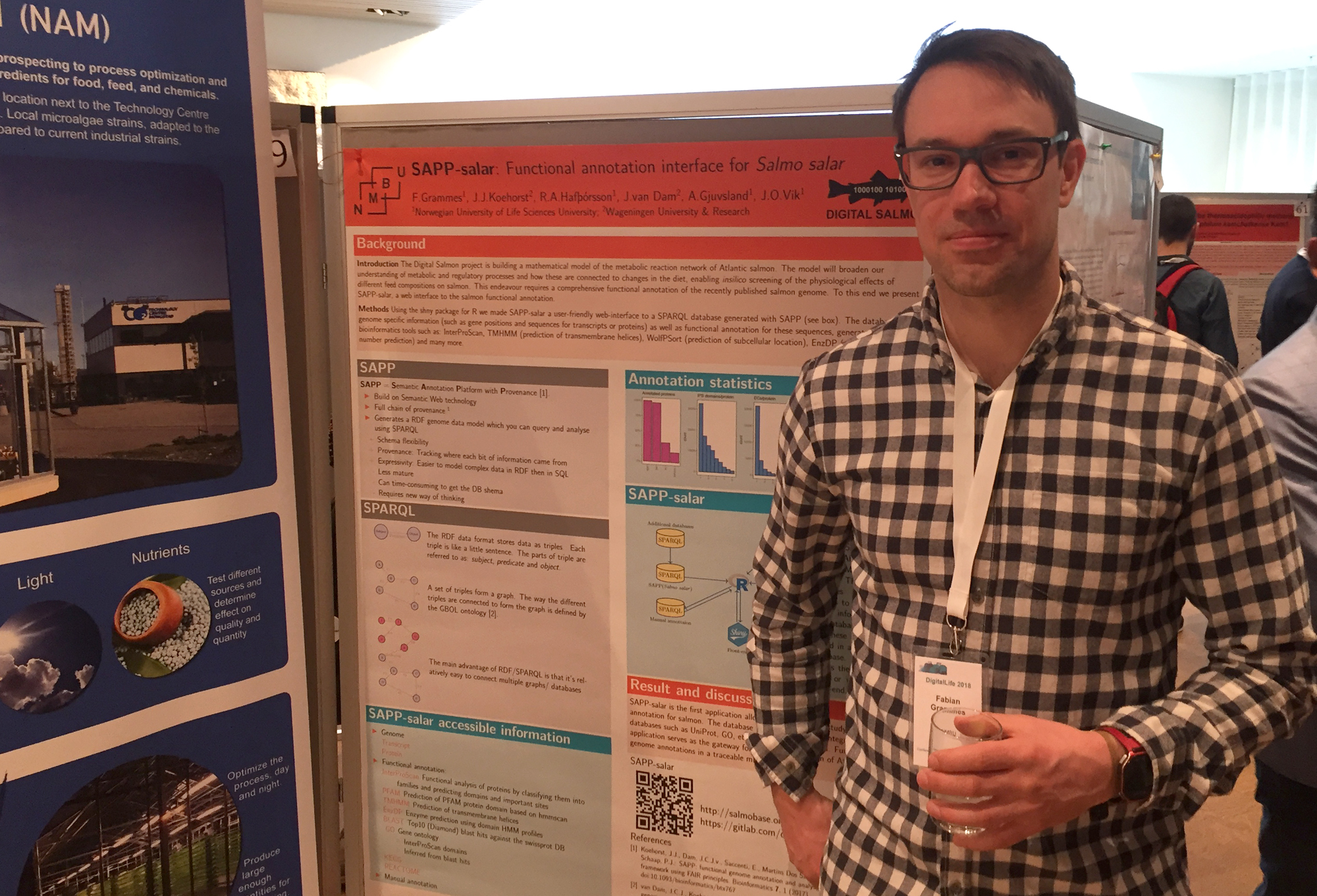 Anita Akbarzadeh is a PhD candidate in the 3D Life projects at NTNU. She presented her work to develop a new three dimensional hydrogel that will allow immune cells to migrate and support neurons to form interconnections. Akbarzadeh studies how to tailor the mechanical properties of the hydrogel to match the normal extracellular matrix surrounding living cells. 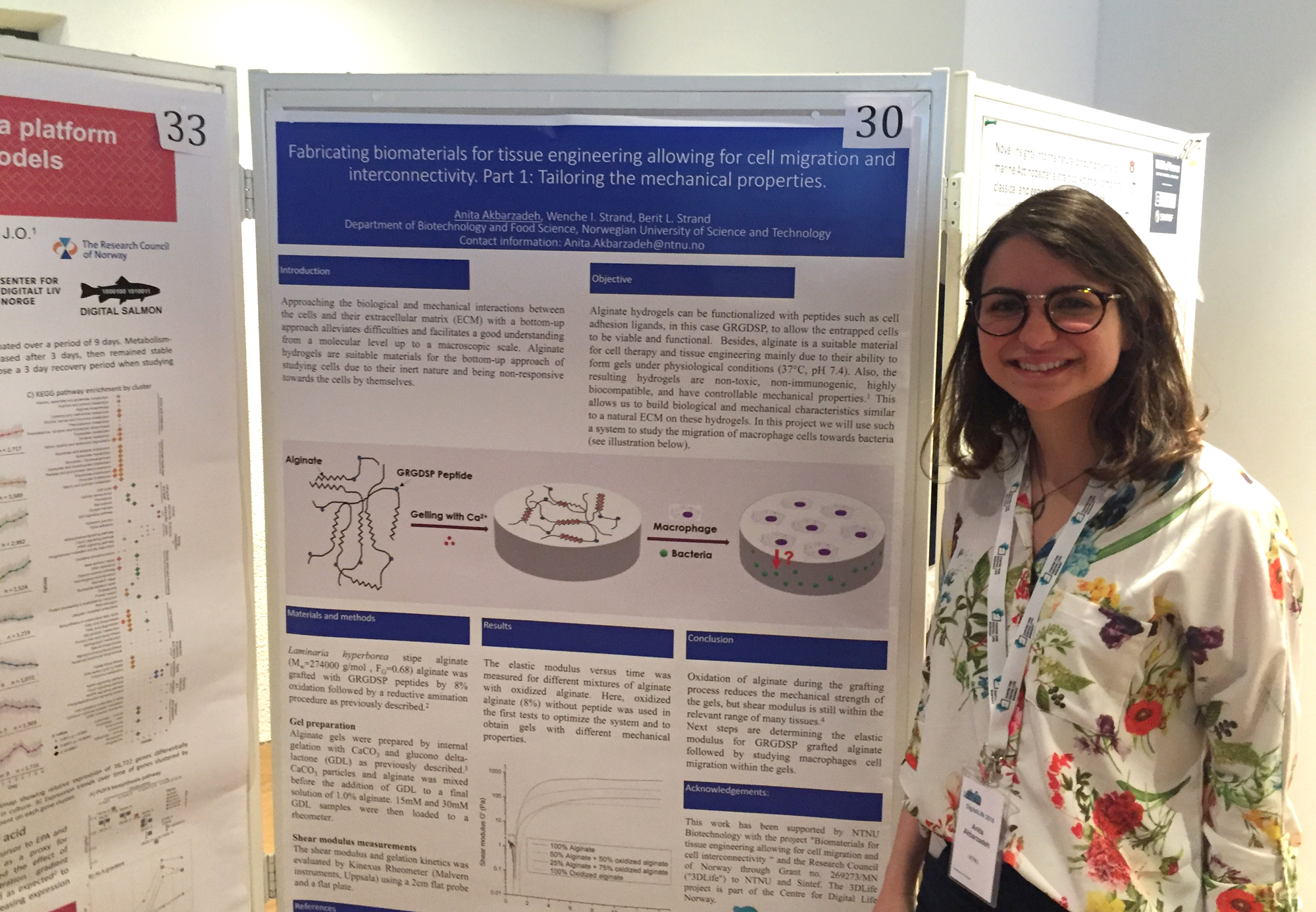 The winner of the Poster Prize: Hanne Haslene-Hox and Øystein Arlov, both research scientists at SINTEF. 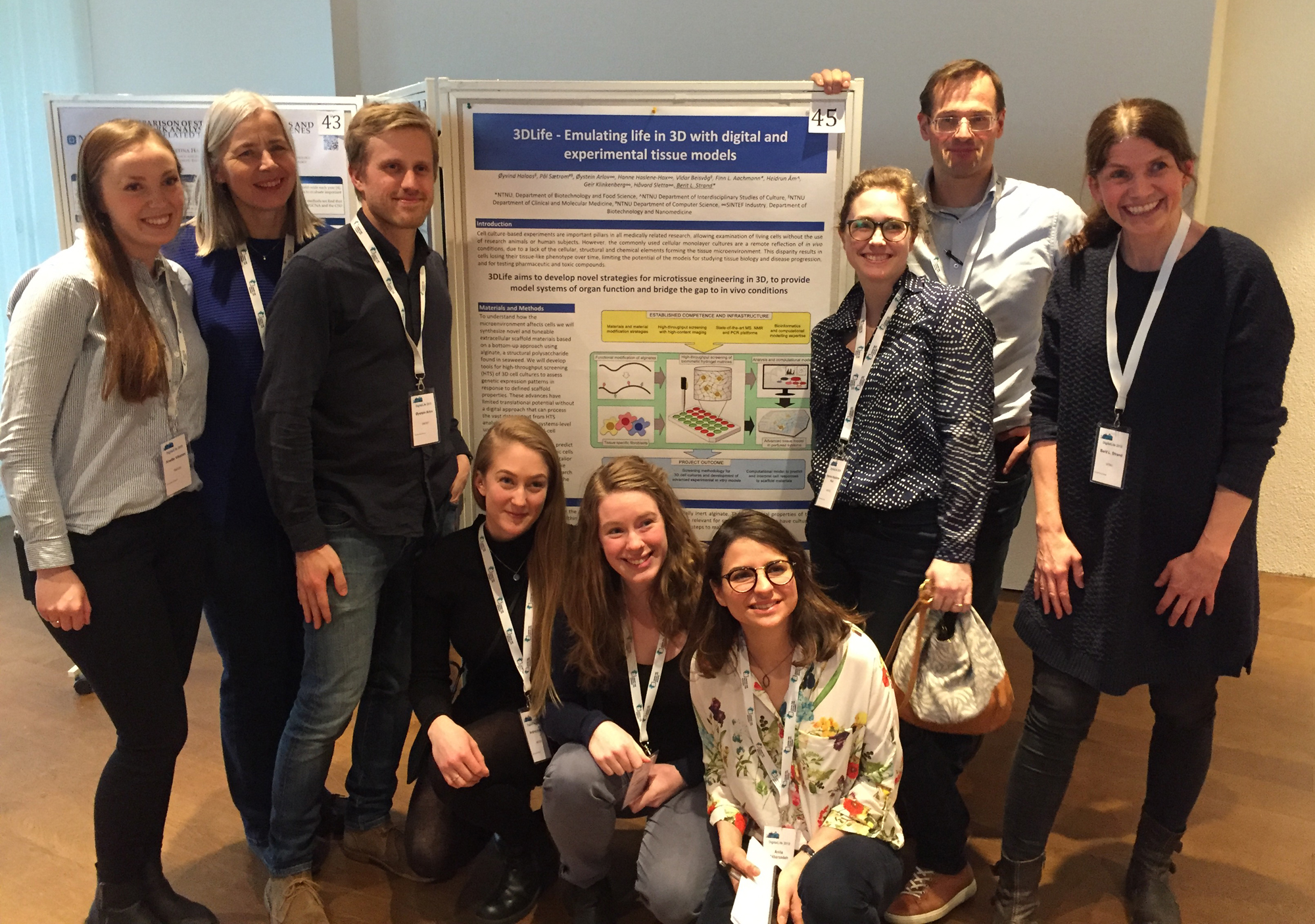